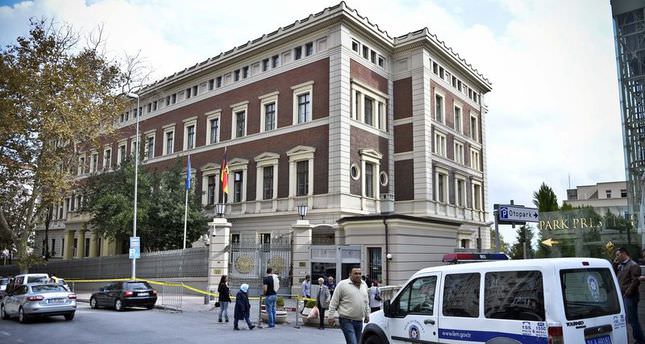 Turkey's Health Ministry on Monday has issued a statement and announced that no biological warfare agents were found within the "yellow powder" sent to consulates in Istanbul.

"The powder was inspected for Bacillus anthracis, yersinia pestis, tularemia, toxic ricinus communis and botulinum toxin and no biological warfare agents were found" read the statement. However, it was noted that the results of further biological examinations and chemical analysis results will be shared to the public in the evening on Monday.

The Ministry has also expressed that 25 consulate workers who have been exposed to the powder were discharged from hospital on Monday.

Suspicious packages containing a yellow powder were sent to the Consulates of Germany, Canada, Belgium and the US in Istanbul on Friday prompting partial evacuations, while another package was sent early Monday to the Hungarian Consulate in Istanbul.

Two other "suspicious packages" have been sent to the Ankara Court of Justice on Monday. Ankara Governorate announced that no biological or radiological agents were found in two envelopes containing an unidentified powder.