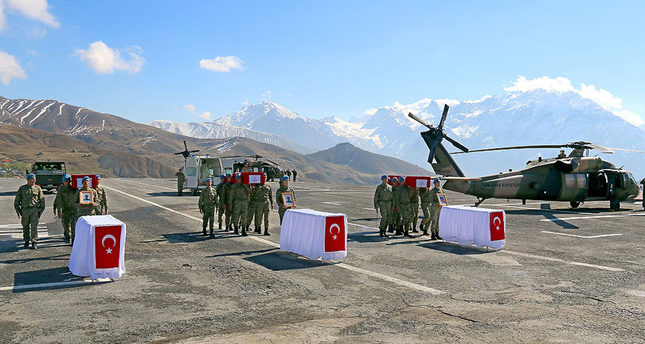 by Daily Sabah Oct 29, 2014 12:00 am
The attack which had killed 3 soldiers in southeastern town of Yüksekova, Hakkari was carried out by PKK militants, Turkish General Staff said on Wednesday.

Turkish General Staff released a press statement regarding the identities and affiliations of the attackers, which belong to regional groups of HPG, armed branch of PKK.

The information was gathered through radio dialogues between the attackers.

The attack was carried out on December 25 at Yüksekova's town center while the soldiers were unarmed and buying electrical supplies from a local shop.