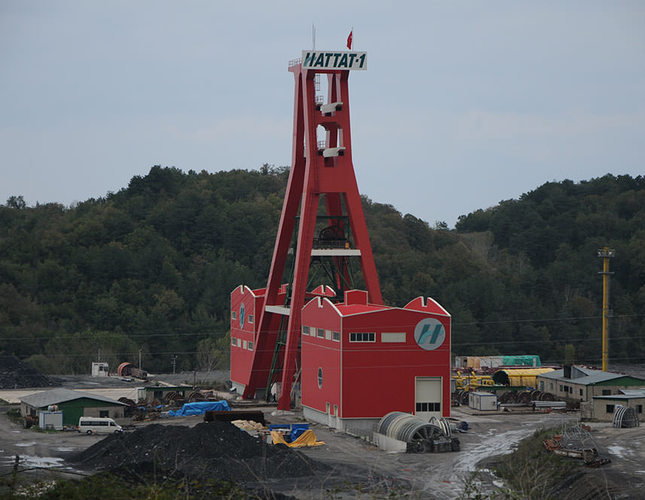 by Daily Sabah Nov 01, 2014 12:00 am
A mine located in Amasra district of northern province Bartın collapsed on early Saturday while opening a new gallery killing two Chinese workers.

Initially, three workers were trapped underground; one of the workers, Shouping Sun (40) was rescued by his collegues and dispatched to hospital.

Maoshun Yang (38) was found dead by rescue teams four hours after the collapse.

Rescue efforts continued for the other worker, Shouje Sun (37), who was later found dead.

Another Chinese worker was killed in the same mine in the accident that took place on September 20.

The collapse occurred 5 days after 18 workers were trapped in a mine as it was flooded in central province of Karaman, .