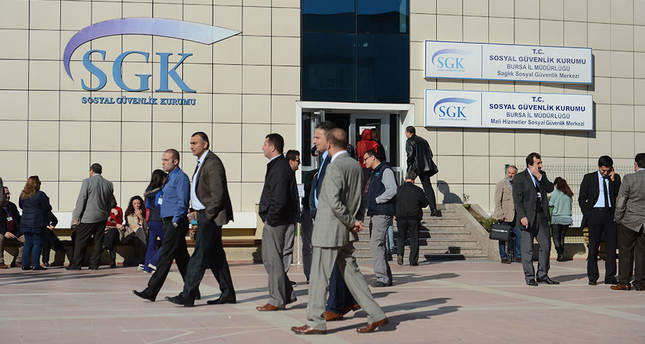 by daily sabah
Nov 05, 2014 12:00 am
Teams from Bursa Police Department's Anti-Smuggling and Organized Crime Unit launched an operation into the Social Security Institution (SGK) early on Wednesday. The officers are currently checking the main building of SGK, according to the media reports.

The officials of the SGK stated that they did not have information as to why the operation was being conducted, but it was reportedly launched after the police were tipped off about bugs placed in the building.

The operation was reportedly launched upon a complaint by personnel in SGK, who were hired in 2008 on the permission of a prosecutor. The personnel grew suspicious that phone conversations within the body were being illegally recorded. It is also claimed that materials, which were being stored, had gone missing, and that unrelated people were being given tasks within the institution. Upon such allegations police confiscated some computers cases, as well as the hard discs of some computers.

No suspects have been detained so far over the incident but the investigation into the institution will reportedly be extended further.

As the investigation expands, the police will reportedly ask for statements from those allegedly linked with Gülen movement.

The Gülen Movement is seen as a national threat by the government since it has been accused of wiretapping thousands of people, including Turkish government officials, encrypting phones and allegedly infiltrating state institutions, with the aim of overthrowing the government.