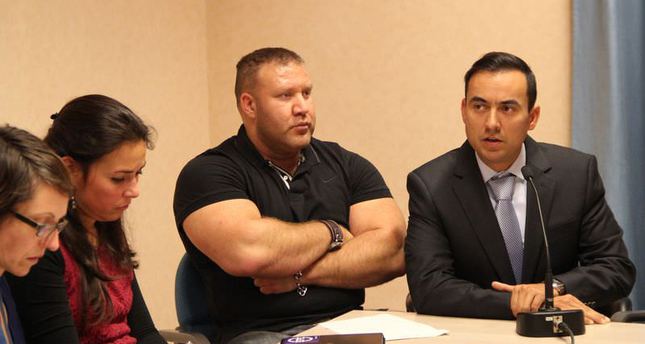 by AA
Nov 13, 2014 12:00 am
Having lost five years of his life in detention, an innocent man and former prisoner, Murat Kurnaz, vowed not to give up his struggle to tell the story of his torture at the Guantanamo Bay detention facility in Cuba.

"I lost five years of my life in Guantanamo. I will not give up my struggle telling the story of torture by the U.S. government and will continue to speak out for others in Guantanamo," Kurnaz, a Turkish citizen, told the Anadolu Agency.

Kurnaz has traveled to Geneva to call on the UN to press the U.S. government to close the Guantanamo Bay detention center.

The day before the start of a two-day panel organized by the UN Committee on Torture, which reviewed U.S. records, Kurnaz testified before the committee.

"I was arrested in Pakistan in 2001 when I was 19 years old with no explanation. The Pakistani police sold me to U.S. forces for a bounty of $3,000. I was first taken to Kandahar, Afghanistan and then transferred to Guantanamo," he said.

"8 years on from being released, I cannot believe Guantanamo is still open," he added.

"I expected the Americans to treat me fairly but I was beaten during my detention, my head was run under water and electric shocks were applied to my body," he said.

Kurnaz added that he also suffered religious oppression: "When we were praying they were kicking the doors and listening to loud music and throwing water on us."

"Torture and psychological torture still continues in there," he said.

Kurnaz said that he was deprived of food for long periods of time and could have died like many other detainees.

"However, I never lost hope that I would be released one day and I dreamt of buying a motorcycle when I was freed," he said.

He added that more than half of the 148 detainees have been cleared of all charges, but that the U.S. is refusing to release them.