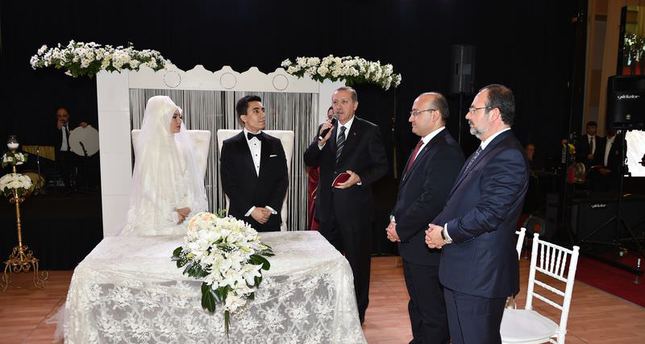 by daily sabah
Nov 14, 2014 12:00 am
The son of Hakan Fidan, the head of the Turkish National Intelligence Agency (MIT), married in a secret wedding ceremony in Ankara with attendance of numbers of top government officials on Friday night.

The details of the wedding have been kept secret and security measures were taken in the Ankara Chamber of Commerce, where the wedding took place. It has been reported that only 300 people were invited to the ceremony.