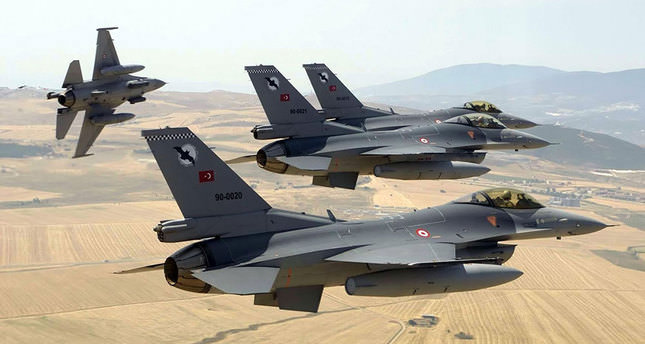 by Daily Sabah Nov 15, 2014 12:00 am
Turkish Armed Forces said that two F-16 fighter jets were deployed to the border area, after a Syrian drone approached Turkish airspace on Saturday.