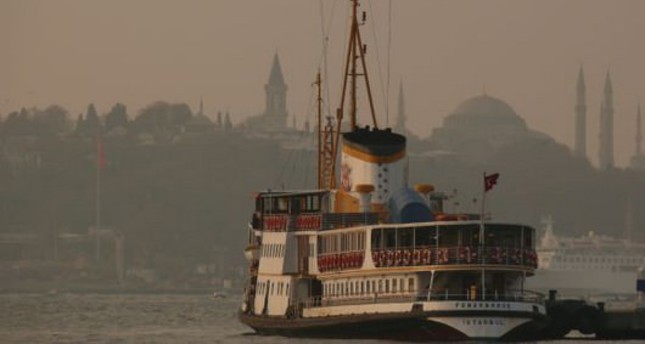 Statistics show provinces in central Turkey have the highest rate of migration compared to other cities. One lawmaker says the government needs to handle the issue through economic measures and urges the Istanbul Metropolitan Municipality, whose population swells with rising migration, to transfer funds to provinces with high migration rates in order to curb it

Internal migration in Turkey is largely overshadowed by the issue of migration from other countries, namely Syria, whose more than 1.5 million citizens have taken shelter in Turkey.

Hasan Fehmi Kınay, a ruling Justice and Development Party (AK Party) lawmaker for Kütahya, is among lawmakers who are trying to bring attention to the issue, and Kınay is calling for a government plan to address it.

Migration figures were revealed after Turkey adopted a new registration system for citizens in 2007. Though figures vary, Kınay says the highest rates belong to central Turkey, with Yozgat leading the list of provinces with the highest internal migration.

According to Kınay, one of the main causes of migration is the lack of employment opportunities despite the state providing incentives for investment. "It is not only about unemployment," he said.

Businesses prefer investing in big cities and provinces with smaller population do not attract them. "They benefit from economic rent especially in Istanbul. All eyes are on Istanbul. The city has become a great center of attraction especially for real estate investors. They sell residences for $10,000 per square meters in some districts of Istanbul. This is a very high economic rent not seen in any city in central Turkey or other regions far from Istanbul. So, everyone comes to Istanbul and it receives almost 300,000 new residents ever year," Kınay said.

Kınay said Istanbul would not be able to bear this burden. "It is not about the rise of economic rent. It is about how it will affect people economically and socially. Even a small-scale economic crisis will most certainly hit Istanbul. Social problems in the city are also on the rise. Istanbul needs to put a stop to the building boom. The city has a budget that is almost one fifth of Turkey's budget and the central government provides significant resources to the city as well," he emphasized.

As the city remains most popular among those from central Turkey and other provinces seeking a better life and better employment, measures to reverse the current migration trend are needed, according to Kınay, who has a set of proposals to address it. "We can start by imposing a higher real estate tax in Istanbul and other big cities that attract a high number of migrants. At the same time, we should decrease this tax for provinces with high migration," said Kınay. He also proposed "transferring a tranche of Istanbul municipality's funds to cities where migrants hail from. If Istanbul receives a high number of people from Sivas, for example, the municipality can transfer funds to that province to improve the lives of people there and help reduce their migration," he said.

He also proposed that social aid for the needy should concentrate on cities and provinces with high migration rates rather than big cities that attract migrants. "All in all, a strategic plan should be prepared on this issue. We need a roadmap, workshops and more," Kınay said.