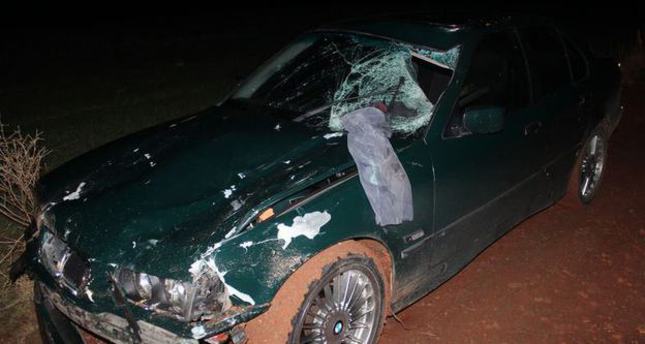 by daily sabah Nov 16, 2014 12:00 am
A driver involved in a hit-and-run accident fled the scene with the victim's severed leg stuck in car's windshield.

Kemal Gözet, 56, was riding his bicycle on a two-lane road in Beyşehir, a town in the central Turkish province of Konya, on Saturday night when a car hit him from behind. The accident tore apart his leg and the man died at the scene.

Police investigating the scene found his left leg was missing. Hours after the accident, the driver called the police and said he was the culprit. The police found his car some 22 kilometers from the scene with Gözet's leg stuck in the windshield. The driver turned himself in at a police station.