Faculty shut down after riot at Ankara University 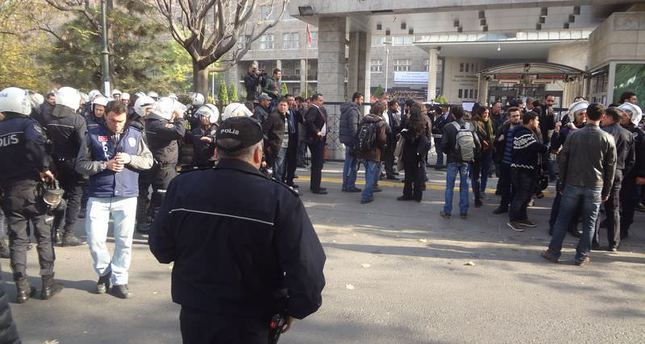 by daily sabah
Nov 17, 2014 12:00 am
A faculty of Ankara University in the Turkish capital was closed down for three days, starting from yesterday, after a riot broke out among students.

The Faculty of Languages, History and Geography was shut down when a group of students involved in last week's riots opposed guards searching them yesterday. The group forced its way into the campus where they confronted riot police. The police detained 10 in the ensuing altercation.

Nationalist and left-wing student groups at the university clashed at the faculty last Friday in a violent riot. Riot police fired tear gas to disperse the clashing groups hurling stones and bottles at each other.

One of the oldest educational institutions in the capital Ankara, the faculty is often the scene of clashes between students from opposing ideologies. Two years ago, the faculty was closed for five days by the administration after left and right-wing students engaged in clashes.