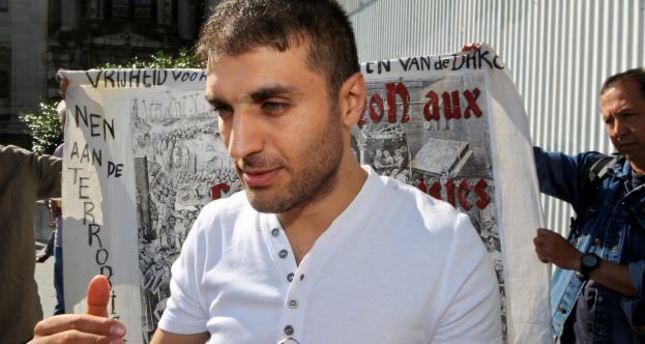 by AA Nov 17, 2014 12:00 am
A court in Ankara rescinded an arrest warrant for Bahar Kimyongür, a suspected member of the terrorist organization Revolutionary People's Liberation Party-Front (DHKP-C), yesterday. Kimyongür, who was accused of being a Belgium representative of the terrorist organization, will not be arrested if he returns to Turkey to testify in court within three months.

A lawsuit was filed against Kimyongür, a Belgian citizen of Turkish origin, in 2007 on charges of membership of a terrorist organization. An international arrest warrant was issued in 2013 for Kimyongür. The suspect sought a warranty against arrest via his lawyer in Turkey and the court approved his plea for trial without detention.

In March, an Italian court freed Kimyongür after his arrest in Italy where he arrived from Belgium to attend a conference in 2013. The court in Brescia rejected Turkey's extradition request for Kimyongür who has been under house arrest. He was arrested in Spain as well on the same charge on June 15, 2013, but was released on bail.

DHKP-C, recognized as a terrorist organization by Turkey and the United States, was involved in a series of terror attacks including attacks targeting the offices of the ruling AK Party in 2013 and suicide bombing at the U.S. embassy in Ankara the same year.