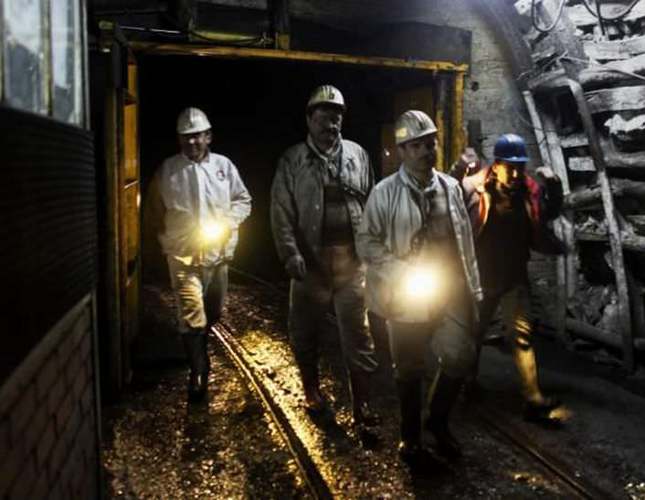 by daily sabah
Nov 17, 2014 12:00 am
The number of casualties in a flooded mine in central Turkey has climbed to four as authorities announced bodies of two more miners were recovered yesterday.

A flood, likely from an outburst of water from an adjacent, abandoned mine, trapped 18 workers in a lignite coal mine in Ermenek, a district of the central Turkish province of Karaman on Oct. 28. Ten days later, the bodies of İsa Gözbaşı and Kerim Haznedar were retrieved from the mine where search and rescue efforts have been hampered by massive water, collapsed galleries and mud limiting the visibility.

Fourteen other miners remain trapped some 300 meters below the surface while search and rescue efforts continue around the clock.

As an investigation is underway, a court has ordered the arrest of mining company officials on charges of involuntary manslaughter for neglecting worker safety.

Saffet Uyar, the owner of the mining company, mining permit holder Abdullah Özbey, operations manager Yavuz Özsoy, mining company manager Mehmet Zeybek and engineer Ali Kurt have been charged with involuntary manslaughter. Three other suspects including two engineers and a labor safety expert were released on the condition of judicial review. The indictment based on an initial investigation claimed that the mining company ignored the potential threat of a flood from the abandoned mine located next to the disaster site. However, Uyar rejected the allegations and said they could not have predicted such a disaster, and his lawyer has accused the mining authority of not supplying them with the map of the old mine.