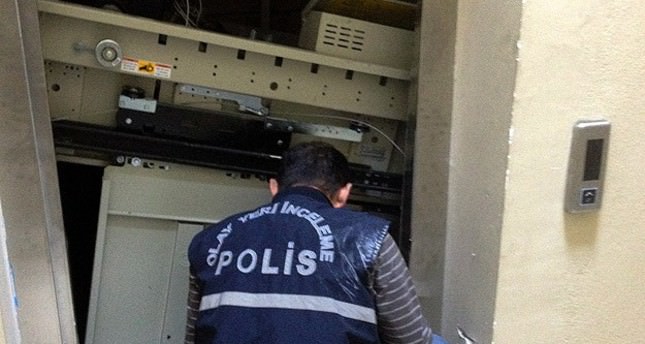 by daily sabah
Nov 18, 2014 12:00 am
Seven students were injured after an elevator crashed to the ground at a school located in Sakarya province's Geyve district on Tuesday.

The accident took place when the elevator in Geyve İmam-hatip school fell from the third floor. The seven students present in the elevator at the time were immediately rushed to a nearby hospital, after the rescue teams had reached the scene. The reason for the accident is unclear.

The school has been temporarily suspended due the accident.

Similarly nine people were injured after an elevator at a state hospital crashed to the ground in Adana province last week. The elevator, which was in a hospital located in Adana's Seyhan district, fell from the second floor. The nine people who were injured in the accident received treatment at the same hospital.