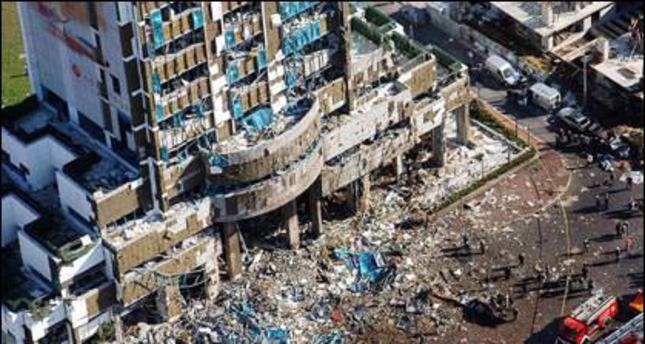 by daily sabah
Nov 21, 2014 12:00 am
British Ambassador Richard Moore attended a commemoration ceremony yesterday for victims of the bombing in 2003 at the British Consulate in Istanbul.

Richard Moore and Victoria Short laid a wreath on the spot where a car bomb detonated on Nov. 20, 2003. Moore said it was a devastating day for both Britain and Turkey, and said they would remember the shock and terror the consulate staff suffered in the "worst" attack against a British overseas mission. Moore emphasized in his speech at the ceremony that the world was still under threat of attacks by "extremists" and both Turkey and Britain were determined to fight that threat.

Two car bombs exploded outside the offices of HSBC bank and the British Consulate in Istanbul in 2003, killing 30 people and wounding 400 others, five days after two car bombs slammed into the Beth Israel and Neve Shalom synagogues in the city, which killed 37 people.