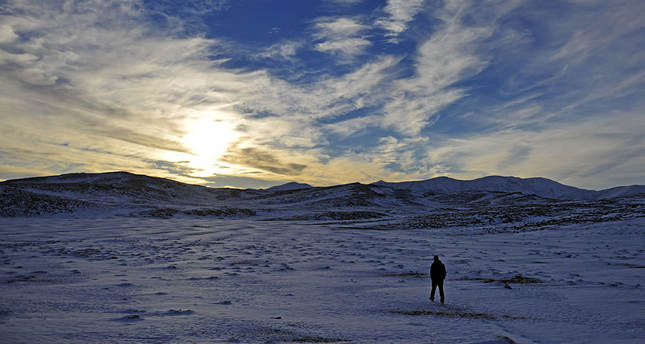 by daily sabah
Nov 23, 2014 12:00 am
Numerous eastern provinces of Turkey have seen their first snowfall of the season after temperatures fell dramatically in the region.

Snow began falling over the weekend leading to some difficulties in daily life.

The temperature dropped as low as -6 °C in northeastern Kars province, while for the most of eastern Turkey the meteorology directorate predicts temperatures to fall lower than 5 °C in the region.