Child caught by a man after fall from 7th floor 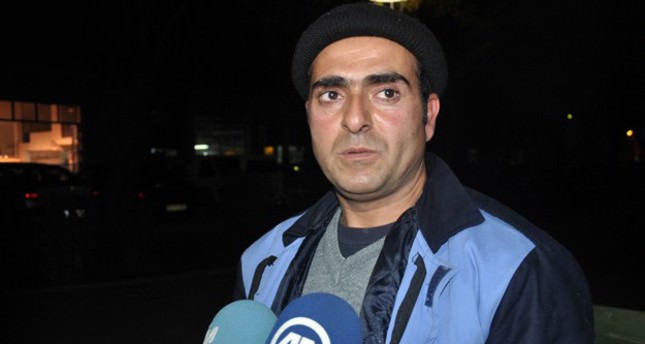 by daily sabah
Nov 29, 2014 12:00 am
Şükrü Deniz, a cleaning worker in Eskişehir province, saved a four-year-old girl's life by catching her in the air after she fell from the seventh floor of a building.

The incident took place in Cumhuriyet neighborhood in Eskişehir province late on Friday. Deniz reportedly was doing his job near the building where he noticed something fall from an upper floor. Seeing that they were shoes of a child, Deniz stated that he looked up and saw a girl on the top floor playing on the window ledge.

"The kid was swinging her legs out of the window. That was when I thought she was about to fall. Throwing away my sweeper, I moved the same direction with the kid. She finally lost her grip and I tried to catch her in the air," Deniz was quoted as saying.

"She was crying when she fell, but was conscious. The people passing by called the ambulance. I am in good condition, but the paramedics took the child to the hospital" Deniz also added.

The child reportedly is receiving treatment at the hospital she was admitted and is in critical condition.