One more body retrieved from flooded Ermenek Mine 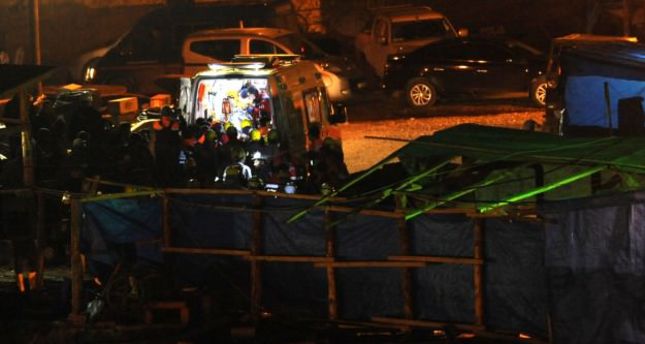 by Daily Sabah Dec 02, 2014 12:00 am
One more body has been retrieved from the flooded coal mine in the Ermenek district of Karaman on Tuesday.

Search and rescue teams have reached the body of one more miner trapped in the flooded mine, reducing the total number of the mine workers trapped underground to five. The body of the miner was sent to Ermenek State hospital to be identified.

The Ermenek mine accident left 18 people trapped underground after the mine was flooded with water which could not be drained from one of the shafts in the mine. Work to reach the remaining five miners is still being undertaken by rescue teams in the region, the Turkish Disaster and Emergency Authority stated.

Ermenek District Courthouse has ordered the arrest of five people who were referred to court over the accident which trapped the 18 miners for "involuntarily causing death by negligence."