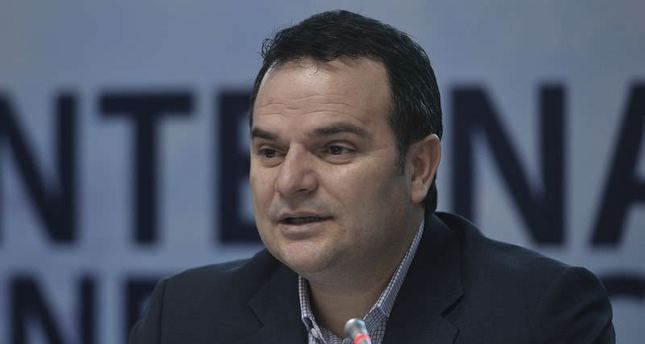 by AA Dec 02, 2014 12:00 am
Anadolu Agency Director General Kemal Öztürk has resigned his post, AA Board of Directors announced on Monday.

The Board praised Öztürk's contributions and to AA's rise as a global news organization during his three-year leadership at the agency.

Öztürk became AA's Director General in August 2011. Under his leadership, the agency opened a number of offices around the world and began broadcasting in 8 languages as part of its centennial goals.

A controversy took place last week when the Anadolu Agency published an article claiming that Cemil Çiçek, the speaker of the Turkish Parliament was the one who requested imposing a gag order on the parliamentary commission established to investigate four former ministers accused of corruption during the Dec. 17 operation.

The statement received criticism from opposition leader Kemal Kılıçdaroğlu who criticized the government for allegedly interfering in the investigation.

Cemil Çiçek has refuted the claims and harshly criticized Anadolu Agency. "I never made such an appeal and I am not entitled to making such a request" Çiçek said, panning the agency for making news based on "false, incomplete and invalid information."

Çiçek has also expressed that he has informed Anadolu Agency's Director General about the incident.

The announcement from Anadolu Agency Board of Directors is as follows:

"Anadolu Agency is one of Turkey's most well-established institutions.

In accordance with the changes in Turkey and around the world, the agency aims to become one of the top five most influential news agencies in the world by 2020, its centennial anniversary.

Within the scope of "the centennial vision," Anadolu Agency raised its broadcasting languages to eight. The agency also tripled its stories, video and photo content.

Until 2011, the agency did not have any subscribers outside Turkey; now it has a total of 45 foreign subscribers around the globe.

Represented in 86 countries, the agency has become one of the international brands of Turkey. The production income increased 71 percent, while AA accordingly modernized its technological infrastructure.

Kemal Öztürk, Anadolu Agency's Chairman of the Board and Director General, has made huge contributions to AA's becoming a prominent international media organization.

On account of his principles and working rules, Mr. Öztürk asked to leave the agency, and the Board of Directors respectfully responded to his request.

We are thankful to Mr. Öztürk for his contributions to Anadolu Agency and wish him the best of luck in his life.

Anadolu Agency will continue to carry its founding ideals further and will march accordingly within the scope its centennial vision.
Respectfully announced to the public,

The Board of Directors"