Study: Half of Turkey under 30, but aging 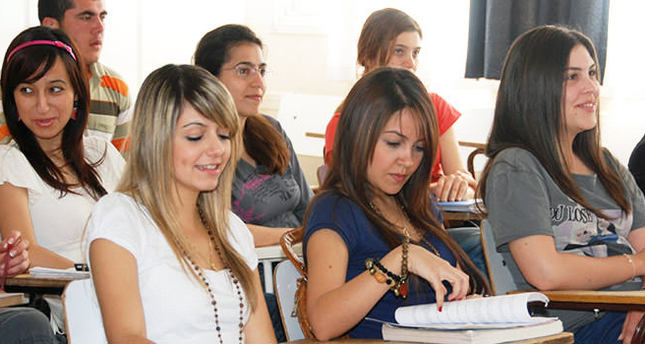 by Daily Sabah Dec 03, 2014 12:00 am
A new study by Hacettepe University revealed that half of the population in Turkey is under the age of 30, but warned that the percentage of senior citizens above 65 is growing significantly.

The study found 26 percent of the population is below the age of 15 while those above 65 reached 8 percent for the first time. This is a rise of about 0.5 percent from previous years. Another survey by the Turkish Statistical Agency (TurkStat) found that this figure will rise to over 10 percent in 2023 and will be categorized "very old."

This figure is attributed to a decline in fertility rates and improvements in living conditions. Experts warn that if the current trend continues, that those 65 and above will be 10 percent in 2023 and higher in the following years.

Hacettepe University's Institute of Population Studies released the results of its 2013 research on Turkey's population and health.

The study consists of interviews with members of over 11,000 households. Announcing the results at a press conference yesterday, Minister of Development Cevdet Yılmaz pointed to "promising developments," particularly the rising number of children families are having. He said that the average number of children and children families plan to have rose to 2.9 per family, higher than those found in previous studies in 2008 and before. "People want to have more children," Yılmaz said. President Recep Tayyip Erdoğan has been at the forefront of efforts to encourage families to have more children. Erdoğan often urges couples to have at least three children in an effort to propel population growth to offset the rapidly aging population.

The study shows nuclear families became more common in Turkey with the number of people in a household dropping to an average of 3.6 from 4.5. A worrying result of the study is children not attending school. A large percentage of girls above the age of 6 did not attend school or did not graduate from primary school, according to the study while the percentage of boys in terms of nonattendance is lower, pointing to the ongoing phenomenon of families not allowing girls to attend school due to a warped mindset disparaging women.

According to the study, the average age at marriage is 21 for women while those marrying at the age of 19 or below comprised 7 percent.

Another striking result of the study is a rise in the number of cesarean section births and a drop in abortion rates. A total of 48 percent of childbirths were C-sections according to the study, indicating an 11 percent rise in five years and abortion rates dropped by half compared to five years ago to 5 in every 100 pregnancies.

Looking into obesity levels, the study found obesity and short height due to malnutrition is prevalent in eastern Turkey, especially among families with low education levels. On a national level, one in every 10 children is obese. The study also found 27 percent of women are obese and the average height of Turkish women is 1 meter 58 centimeters.