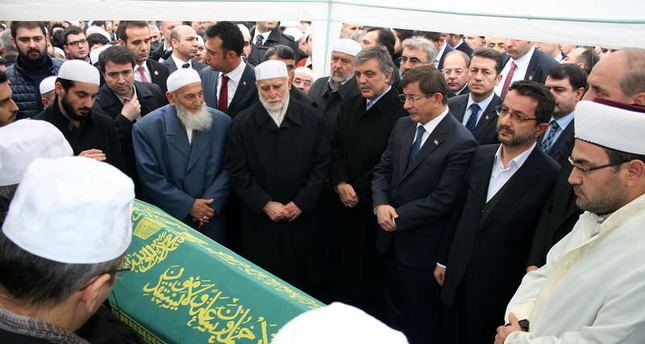 by Daily Sabah with Agencies Dec 04, 2014 12:00 am
Eksim Investment Holding's member of board Fahreddin Tivnikli passed away in the early hours of Thursday morning in Istanbul, it has been announced.

According to Eksim Investment Holding's statement, Fahredding Tivnikli, 59, died on Thursday morning at the hospital where he was being treated for illness, despite all attempts to save him.

He was buried following the mid-afternoon prayer at the the Kuzguncuk Nakkaştepe Cemetery, in Istanbul. Turkish Prime Minister Ahmet Davutoğlu, Deputy PM Yalçın Akdoğan and Numan Kurtulmuş, Turkey's former president Abdullah Gül, were among those present at the funeral ceremony.

Fahreddin Tivnikli was known for his leadership and generosity in charity, both in the national community and the international philanthropy associations.

Fahreddin Tivnikli was the brother of Eksim Investment Holding's chairman of the board, Abdullah Tivnikli, and son-in-law of the spiritual sufi leader, Osman Nuri Topbaş.