Defected Turkish soldier had been fighting in Kobani 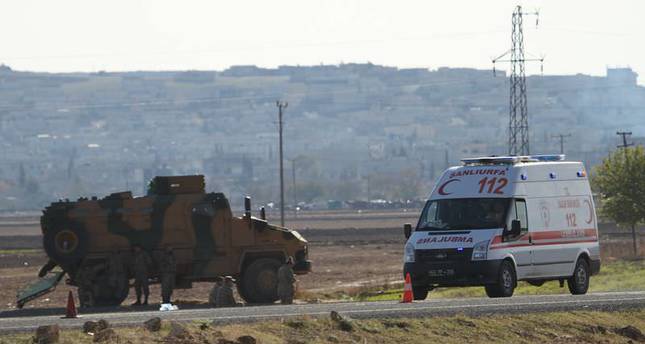 by Daily Sabah Dec 05, 2014 12:00 am
A Turkish soldier who escaped from his military service while on duty as a gendarmerie in Bulanık Gendermarie Command, in Muş province, has been caught in Suruç, Şanlıurfa.

According to Turkish daily Hürriyet's news, the Suruç Police Department stated that the soldier, Vedat Bulut, had escaped his military service in order to join the PKK, who are currently fighting against the self-proclaimed Islamic State of Iraq and al-Sham (ISIS), in Kobani.

Intelligence investigations discovered that Vedat Bulut was injured during the ongoing clashes in Kobani, and entered Turkey through Mürşitpınar border gate, with a fake identity card, in order to receive treatment.

Bulut had been given the code name of Andok Guyi, and had crossed the border with PKK's mountain fighters to fight in Kobani.
He is expected to appear in front of the court after his treatment at Suruç Public Hospital is complete.
Last Update: Dec 05, 2014 2:43 pm
RELATED TOPICS