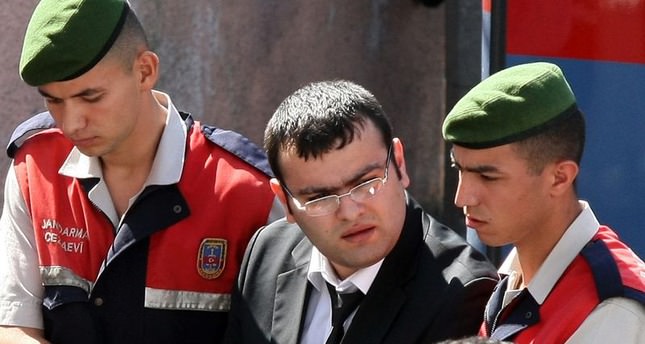 by Daily Sabah Dec 05, 2014 12:00 am
Ogün Samast,the assailant who murdered Turkish-Armenian journalist Hrant Dink in 2007 has named a third key suspect in the investigation into the murder, according to Yeni Şafak daily.

Samast, who was sentenced to 21 years and six months in prison in 2011 for the murder, is currently testifying as a witness in the ongoing investigation into the murder. The sources said that Samast has named the suspect, who can add a new dimension to the investigation following a three hour interrogation by prosecutor Yusuf Hakkı Doğan.

Hrant Dink, editor-in-chief of the Turkish daily Agos, was murdered outside his office by 17-year-old Ogün Samast on January 19 2007. An earlier investigation showed that the prosecutors who worked on the case ignored serious allegations into the involvement of top police officers in the murder.

The prosecutors are accused of having ties with the Gülen Movement, a group whose widespread infiltration of the judiciary and police enabled them to influence cases or fabricate them for their own interests.
Last Update: Dec 07, 2014 11:39 am
RELATED TOPICS