President Erdoğan: 'Where are the environmentalists?' 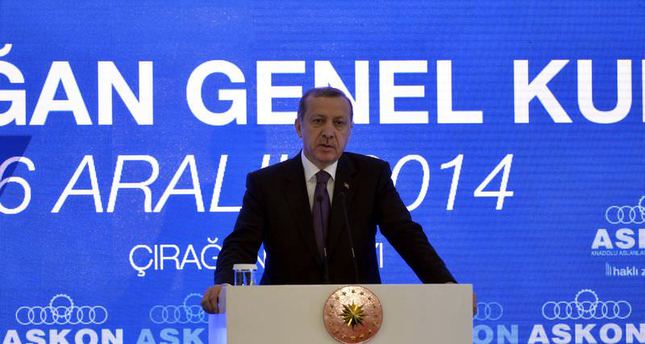 by Daily Sabah Dec 07, 2014 12:00 am
President Recep Tayyip Erdoğan, speaking at a businessmen's gathering on Saturday, questioned the whereabouts of the environmentalists who had flooded the streets during the Gezi Park protests in 2013.

His comments were prompted by the lack of outcry over the removal of 23 trees, which were planted elsewhere, after the Yalova municipality cut down hundreds of trees.

He asked why some remained quiet when municipalities run by the opposition Republican People's Party (CHP), like Istanbul's Bakırköy, cut down trees. He also said those who hit pots and pans during the Gezi Park protests were now conspicuously silent.