No terrorism involved in the shootings of soldiers, Turkish army says 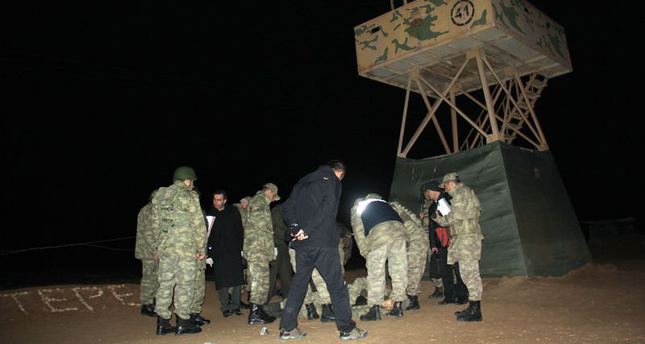 by Daily Sabah Dec 09, 2014 12:00 am
Turkish General Staff released a statement on Tuesday regarding the shooting of three soldiers overnight on the Turkish-Syrian border in the Şanlıurfa province of Turkey. The staff stated that the deaths occurred after one soldier killed two soldiers guarding the border and then committed suicide.

Turkish Armed Forces (TSK) posted a statement detailing the deaths of the soldiers on its official website early on Tuesday. The statement cleared doubts that the incident was a terrorist attack.

"A soldier killed two other soldiers and then committed suicide by shooting self" the statement read.

The incident took place late on Monday. Three Turkish soldiers were reported to have been killed overnight on the Turkish-Syrian border in the Ceylanpınar district of Şanlıurfa.

The source of the gunfire could not be immediately verified as the soldiers were guarding the border.

An investigation was launched into the incident since the Syrian side of that part of the border had been a scene of fighting between the self-proclaimed Islamic State of Iraq and al-Sham (ISIS) and various Syrian groups.