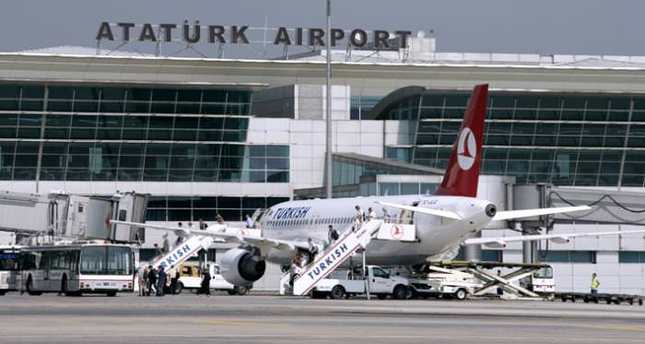 by Daily Sabah Dec 09, 2014 12:00 am
The United States Embassy in Turkey issued a travel warning to U.S. citizens last week urging them to avoid travelling to the southern city of Gaziantep and areas close to the Turkish-Syrian border.

The warning to avoid downtown Gaziantep where the offices of the Syrian interim government is located, drew the ire of local authorities who rushed to ease concerns. A travel advisory on the embassy's website stated, "Extremist groups may be planning an attack against the Syrian Interim Government building."

Gaziantep, a major commercial hub in southern Turkey near the Syrian border, is among the primary destinations of Syrians fleeing the civil war in their country and hosts the shadow government of the Syrian opposition fighting the Assad regime. Authorities insist that the city is safe despite the warning by the embassy.

The city's mayor, Fatma Şahin, had assured visiting U.S. Ambassador John Bass about the security in the city on December 5. Şahin told Bass at their meeting that the ambassador would not be in Gaziantep if it was not safe for U.S. citizens. The mayor noted that 300,000 Syrians were accommodated in the city and both her office and security agencies were working for the "safety of Gaziantep."

She urged the embassy to be "more sensitive" while issuing warnings. "We live in a world where truth and perception often clash. We've seen before that negative press coverage merely based on perception affected us. I advise people to be more sensitive on this issue. Gaziantep will remain a city of peace and development," Şahin said.

John Bass told Şahin that he was pleased with the mayor's sincere remarks, and added that they were trying to act "balanced" on matters regarding security. He pledged that they would improve efforts to handle security threats and would coordinate with local authorities closely in the future on that matter.

The Gaziantep City Council, an organization composed of representatives of the municipality and representatives of local nongovernmental organizations, issued a statement voicing concerns regarding the warning. The council said Gaziantep already faced a flow of "biased and non-biased news reports about activities of Syrian opposition groups in Gaziantep" and those reports "triggered security concerns for locals."

The council's statement said that the travel warning added to those concerns and may harm the city's progress in terms of its economy, industry and tourism.