US defends travel warning for Gaziantep 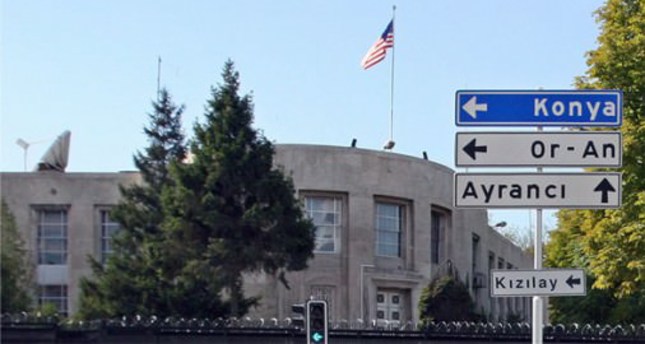 by Daily Sabah Dec 10, 2014 12:00 am
The United States Embassy in Ankara defended the decision to issue a travel warning to U.S. citizens, advising them not to travel to the south-central Turkish province of Gaziantep.

The warning, based on a potential threat of attack against the Syrian Interim Government building in the province, has drawn the ire of local authorities, insisting Gaziantep is a safe place for travel.

In response to the criticism, a U.S. embassy official who preferred to remain anonymous, said the safety of their citizens was "their foremost concern," and they were obliged to convey security concerns to U.S. citizens. Responding to a question regarding whether the warning was based on tangible evidence, the official said such warnings would be issued if their concerns are "sufficient." The official said they already contacted Turkish security authorities about the threat.

The warning stated that extremist groups "may be planning an attack against the Syrian Interim Government building" in downtown Gaziantep. It also said that although the situation in that part of Turkey was usually calm, "it can change without warning" and urged citizens to avoid traveling in areas close to the Turkish-Syrian border. The U.S. embassy official said the warning was issued only "in response to a specific concern" rather than a general alert.

Speaking about the warning, an official from the Gaziantep governorship mentioned previous statements by local officials, who insisted that the province was "safe" for all travelers. He also referred to a recent visit by U.S. Ambassador John Bass to Gaziantep. "I believe that Mr. Ambassador's visit dismissed the rumors about Gaziantep's safety," he said.