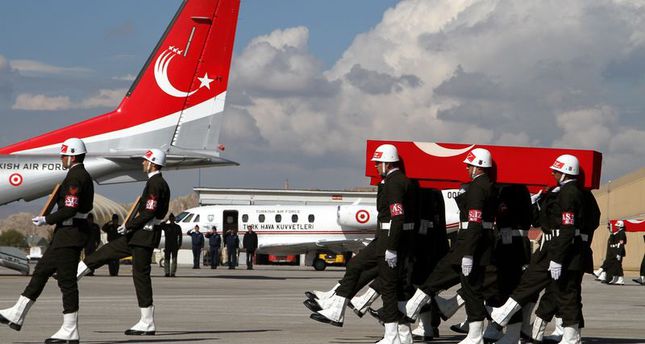 by Daily Sabah Dec 11, 2014 12:00 am
The number of soldiers who have committed suicide has risen to three in one week in Turkey as two more people killed themselves in central and northern Turkey yesterday.

An unidentified 23-year-old soldier killed himself while on duty outside a military guesthouse in the central Turkish province of Tokat by turning his rifle on himself. No official statement was made regarding the possible cause of suicide but Turkish media reported that the soldier would have completed his compulsory military service two months later.

In Giresun, a northern Turkish province, Hakan Diş, 35, a noncommissioned officer killed himself at the garrison he was on duty. The officer, who joined the army nine years ago, had been assigned to the garrison a year ago.

On Monday, a soldier, allegedly suffering from a mental breakdown, had killed two fellow troops before committing suicide by turning the gun on himself at a military outpost in Şanlıurfa, a southeastern Turkish province located on the Syrian border.