Turkey may sue Greece over 1996 downing of fighter jet 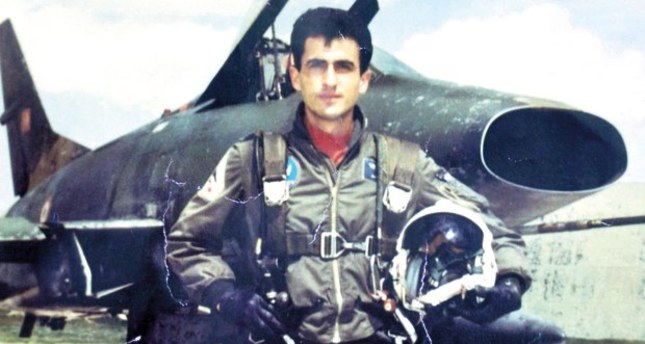 Turkey's Habertürk daily reported that prosecutors will seek the indictment of Greek officials over the 1996 crash of a Turkish F-16 warplane in the Aegean Sea. The lawsuit follows acknowledgement by the Turkish Ministry of Defense that the aircraft was downed by gunfire from Greek warplanes. The incident was previously categorized as a result of either a dogfight or an accident.

Captain Nail Erdoğan, who was on a training flight with Lt. Col. Osman Çilekli, went missing after the aircraft crashed on October 8, 1996. Çilekli was rescued from the crash site south of the Greek island of Chios, approximately 7 kilometers off the Turkish coast; however, Erdoğan was never recovered despite months of search efforts. Later, the missing pilot's daughter appealed to the-then Turkish Prime Minister, Recep Tayyip Erdoğan, to locate his body, and upon the prime minister's order, the Turkish navy combed the area in April but was unable to locate the pilot's body.

The family of the missing pilot continues their battle to find the pilot and bring those responsible for the incident to justice. In response to an opposition lawmaker's question, the Defense Ministry said that Greek jets opened fire on Erdoğan's aircraft, acknowledging the Greek military's culpability in the incident for the first time. The family's lawyer, Mehmet Emin Keleş, said the ministry admitted what they have claimed for years. Keleş told Habertürk that they have long sought to file a lawsuit against Greece, but their requests were turned down as the incident was classified as a dogfight and an accident. Keleş had earlier called for an investigation into the incident after Greek and Turkish media outlets claimed in 2003 that the plane was shot down.

He said that they appealed to the prosecutor's office in Ankara and sought to bring charges against the Greek chief of staff at the time of the incident, as well as Thanos Grivas, the Greek pilot accused of shooting down the Turkish jet. Keleş said they referred to the investigation of the Mavi Marmara raid and Syria's downing of a Turkish jet in their case. This means that the investigation should focus on the downing of the jet in international waters rather than the territorial waters of Greece. If the prosecutors include the Keleş's claim in their indictment, this means that they will likely bring charges against Greek officials for ordering or conducting the strike, even though the Turkish fighter jet did not pose a security threat.

Dogfights and "harassment" of Turkish fighter jets by the Greek armed forces were once common, especially in the 1990s, as tensions were high between the two countries over disputed airspace and the territorial waters of the Aegean Sea. The two countries have long failed to reach an agreement over maritime borders.