Family accuses BBC of depicting them as pro-ISIS 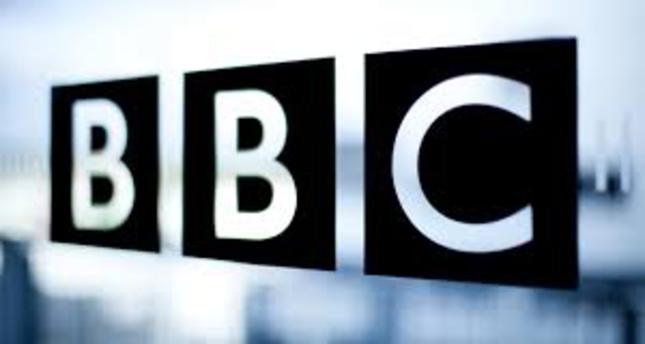 The BBC, which has been criticized for its biased coverage on Turkey, is once again in hot water after publishing an article on its website which depicts a Syrian woman and her 13-year-old son living in Turkey as supporters of Islamic State of Iraq and al-Sham (ISIS). The son claims that the BBC Turkey correspondent interviewing with them had him read remarks he had prepared in advance while shooting a video. His mother, meanwhile, says that the correspondent depicted her as an ISIS supporter even though she spoke against it.

In an article and video published on the BBC's website in November by BBC News correspondent Mark Lowen, a 13-year-old boy nicknamed as "Abu Hattab" announces that he would go to Syria within weeks to join ISIS. The article does not mention where Abu Hattab and his mother, "who wants to be known as Fatima," live, except confirming that they live in southern Turkey.

Meha Bitar, 53, claims that it was she that was referred to as 'Fatima,' and the BBC hid her name despite the fact that she wanted it to be openly mentioned. "Abu Hattab" is Zayn Barda, her 13-year-old son and an eight-grader.

The Syrian mother and son who fled from the war in their homeland into Turkey in 2012, after crossing the border illegally from Syria's Latakia, reside in Gaziantep, a southern Turkish province bordering Syria. Bitar's elder son and other relatives live in Hatay, and it was there where they were contacted by the BBC. The mother and son were visiting their relatives when the idea of having their story published came up. "We were talking about the situation in Syria. There was a man called Firas at home. I didn't know him. When I told my relatives how I persuaded Zayn to give up his love for ISIS, Firas told me he knew a BBC correspondent who could be interested in my story. I accepted, and the BBC correspondent called me two days later," she said.

The first interview was with the mother. "They told me to cover my face while they were taking photographs for security concerns. I told them I had nothing to fear, but they insisted. They also told me that they would name me as Fatima, again for security reasons. I objected to that too and told them to write my name openly," she says.

The article says Fatima has strong sympathies for the militants, and she never encouraged her son to join ISIS. "I support some of their beliefs, but not others, but I think they came to help the Syrian people," she was quoted as saying. Furthermore, she says she would be happy if her son dies fighting for ISIS, according to the BBC article. Bitar denies remarks attributed to her in the article. "I told him that I approved of jihad, but I did not approve of what ISIS has done. It is against Islam to behead people and torture them. It is a sin. That is why I don't approve of them, but I support jihad by the Free Syrian Army," she said, referring to an armed wing of the main Syrian opposition group fighting the regime forces in Syria.

The mother says that the BBC crew wanted to speak to her son alone, in a separate room. "I did not want them to interview him alone, but they insisted. They later brought in a ski mask and ask my son to wear it. The interview took more than one hour and I did not know what he was asked about. I later read the article and was terrified about the horrible things they wrote," she says.

Zayn Barda, or "Abu Hattab" as dubbed in the BBC article, is quoted as saying he had Sharia lessons and training in how to use weapons. "I like Islamic State because they pursue Sharia and kill infidels. The people killed by Islamic State are American agents. We must behead them as Allah said in the Koran," he was quoted as saying.

Zayn says he was "fed" his remarks by the BBC crews. "I was told to read out loud sentences on a paper they handed to me," he claims. On his photos posing with weapons, Barda says he trained with the Free Syrian Army while in Syria for one month, and the photos were taken at that time. His mother says Zayn had sympathy for ISIS previously. "He is a young boy. Once he told me that he liked ISIS, but I explained him what ISIS has done to people and convinced him to stop liking ISIS. I wouldn't be able to do so if he was a 18-year-old teenager, but he is still a young boy," she says.

The family claims they were subject to an investigation by police after they spoke to the BBC, and charged with spreading propaganda for a terrorist organization for their alleged support of ISIS. They were not detained, but were banned from traveling abroad. Bitar complains that she had to travel to Syria frequently where she works as a teacher at a school for children of the Free Syrian Army members, and the indefinite ban would prevent her from traveling home.