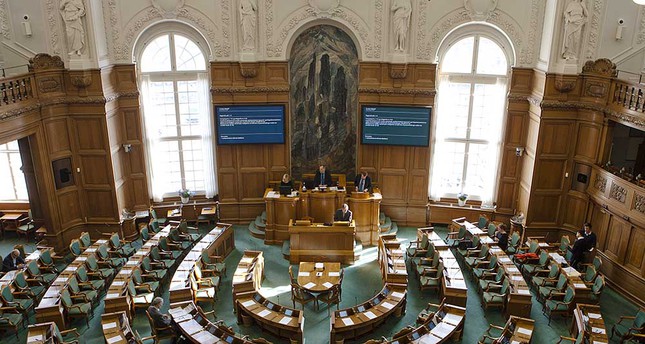 by AA Dec 19, 2014 12:00 am
The Danish parliament approved a long-awaited bill to allow dual citizenship in Denmark on Thursday, following sustained demands for it from Danes at home and abroad.


The bill was approved with no major opposition with 89 Danish parliamentarians voting yes and 19 opting no. The no votes came mainly from the anti-immigrant Danish People's Party and the Conservative People's Party.

The law will enter into force on September 1, 2015 and allow dual citizenship for Danes abroad and non-Danes at home. Danes who lost their citizenship after acquiring another will now immediately regain their Danish citizenship. It will be valid for citizens aged 18 and above.


The new law also states that wherever a child is born from a Danish parent, he or she will automatically get Danish citizenship. The old law prohibited Danes with foreign citizenship from taking part in elections.

Expats living in Denmark will have to meet existing requirements for acquiring Danish citizenship, including a permanent residency permit and passing a naturalization test on Danish society, culture and history, according to "The Local," a Danish digital media. However, foreigners in Denmark who were earlier required to renounce their original citizenship before applying for a Danish citizenship are now entitled to reapply for the citizenship of their country of origin.

Social-liberal Member of Parliament, Zenia Stampe, had last year called for a review of Denmark's stance on dual citizenship.

According to Anne Marie Dalgaard, Danes Worldwide secretary-general, the largest immigrant group in Denmark are the 20,000 Danes who choose to return every year after acquiring a foreign citizenship.


The politically independent organization, Danes Worldwide, has been representing Danes living abroad since 1919.

Until now, Denmark had been one of the last EU countries, including Austria, Norway and the Netherlands, whose governments continue to restrict dual citizenship.