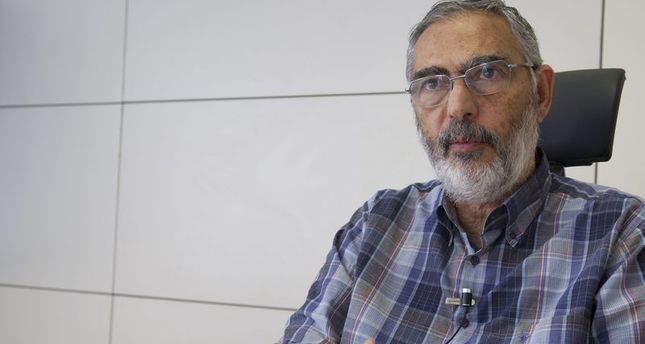 The December 14 investigation, known as the 'Tahşiye' case, is not about the freedom of the press, but is instead about the plotting activities undertaken by some Gülen-linked figures, according to Etyen Mahçupyan, Turkish writer and Senior Advisor to the Prime Minister of Turkey.

Mahçupyan made the comment during a television program on Thursday evening.

On December 14, certain warrants were issued for some Gülenist suspects under the allegations of fabricating fake evidence for Taşhiye group's leader Memet Doğan.

According to Etyen Mahçupyan, there is enough evidence to prove that Gülen-linked prosecutors and police plotted a scheme to portray the Tahşiye group is a terrorist group, and unjustly imprisoned the group's leader Mehmet Doğan.

"If you put the gathered evidence chronologically, there is a chain which reveals how the Gülen Movement operates in such instances," Mahçupyan said at the program.

The Gülen Movement has lost its "legitimacy", according to Mahçupyan. "No matter how powerful you are, how many people you influence, if you have lost your legitimacy, you cannot get a result," he said during the program.

There are certain circles in the West and in Turkey that react to the December 14 operation, whereas "the silent majority" has an approach to the case that is "imponderable," Mahçupyan said. But he thinks that the government is following in the steps of victory, when one looks at the whole picture.

According to Mahçupyan, Turkish President Recep Tayyip Erdoğan is the most realistic political leader in Turkey, and believes that the AK Party will get 48-50 percent of the votes in the upcoming 18th general election due to be held on 13 June 2015.

Etyen Mahçupyan, born in 1950, is a journalist and writer. From 2007 to 2010 he was the editor-in-chief of Agos, the Armenian community's weekly newspaper. He also contributes to Turkish dailies, Taraf and Zaman.

On October 2014, was appointed as the Senior Advisor to Ahmet Davutoğlu, Prime Minister of Turkey.