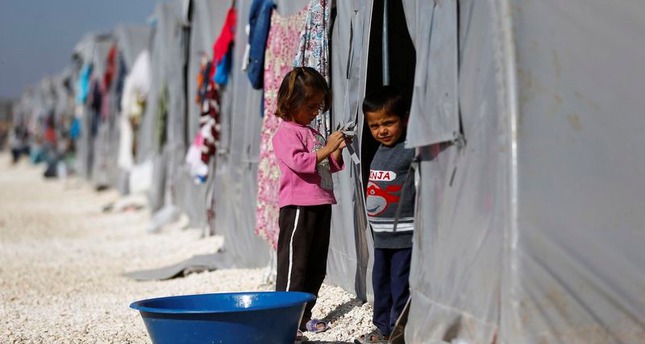 The number of people who have fled from ISIS attacks in Kobani and sought refuge in Turkey has exceeded 190,000, according to the Prime Ministry Disaster and Emergency Management Presidency. Since the beginning of September, the majority of Kobani’s population fled to Turkey, leaving only fighters behind to prevent the town from falling into ISIS’s hands

The number of residents of Kobani, Syria who have come to Turkey since Sept. 19 has reached 192,417, according to figures released by the Prime Ministry Disaster and Emergency Management Presidency (AFAD). The Islamic State of Iraq and al-Sham (ISIS) has been besieging Kobani since early September.

The agency said 1,573 officials were assigned to Suruç where most of the refugees now live, to address the needs of Kobani residents, with 70,000 warm meals served every day. A total of 27,850 refugees from Kobani were treated at Suruç State Hospital, with 146 of the patients having gunshot wounds.

The agency also said that it had taken certain precautions for the cooling weather.

AFAD President Fuat Oktay said at a press briefing on the amount of aid Turkey has provided to refugees from Iraq and Syria that the country had spent $5 billion so far, the highest per capita aid given in the world. The amount of foreign aid Turkey had received for the refugees was $265 million, $170 million of which from the U.N.

He said Turkey is home to around 1.65 million Syrian refugees, of whom 225,000 are housed in 22 separate camps, and "the rest live in cities, especially metropolitan centers." He also said that AFAD would be building another camp in Suruç in the coming weeks for those still fleeing from Kobani.