Minister: Istanbul's third bridge to be opened in October 2015 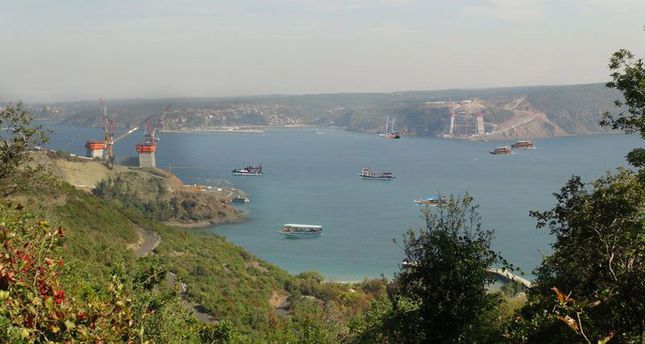 Transport, Maritime Affairs and Communications Minister Lütfi Elvan said on Monday that Istanbul's third bridge across the Bosporus would be opened in October 2015.

Speaking to Anadolu Agency (AA), Elvan said "The towers of the third bridge have reached 312 meters in height and another 10 meters remain for completion. We aim to launch the opening of the bridge on Oct. 29, 2015." The bridge, also known as Yavuz Sultan Selim Bridge, will opened on the 86th anniversary of the Turkish Republic.

Commenting on opposition from European media regarding the third airport in Istanbul, Elvan said "the national will and demand of our nation are important for us. Transport infrastructure, such as the third airport, the third bridge, are our citizens' top priority... No one can prevent us from building them."

The construction of Istanbul's third airport, set to be the biggest air transfer hub in Europe when it opens in 2018, began in June this year. In 20 years' time, the commercial aircraft traffic at Istanbul airports will exceed 1 million aircraft and will host 118 million passengers per year, according to a 2010 forecast by Turkey's Middle East Technical University.

The Cengiz-Kolin-Limak-Mapa-Kalyon Consortium, a joint venture of Turkish companies, won the tender for the third Istanbul airport in May 2013, promising to pay the state 22.1 billion euros, plus taxes, over 25 years starting in 2017.

Elvan also said the infrastructure works of Ordu-Giresun Airport, located off Turkey's Black Sea coast, were completed while the superstructure efforts were still ongoing. The minister said they wanted to open the airport – built on an artificial island – to service on March of 2015.

Elvan unveiled a future transportation project during his speech and said they planned to construct a railway over the Dardanelles Strait.

The minister said the government would make a TL 8.5 billion ($3.68 billion) investment in railways in 2015 and added they planned TL 12 billion investments per year after 2016.

Elvan also said Turkey wanted to launch the Baku-Tbilisi-Kars rail route by the end of 2015, which will link Azerbaijan, Georgia and Turkey.

"The country started building its railways in the mid-19th century during the Ottoman Empire and the development of the railways also continued during the first years of the Republic of Turkey," Elvan said. "But development was neglected until 2003, when the AK party came to power in Turkey. We increased investment in railways to TL 8.5 billion from TL 3-TL 4 billion a few years ago," he said.