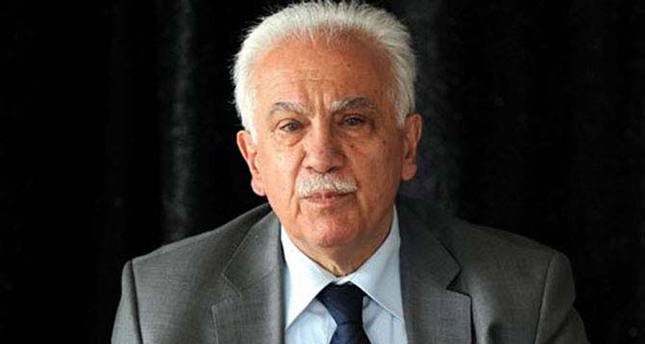 Armenia has hired celebrity lawyer Amal Clooney for the next round in a case in the European Court of Human Rights (ECtHR) against Turkish politician Doğu Perinçek. The ECtHR had previously ruled his denial of the Armenian genocide was protected under freedom of expression

Doğu Perinçek, chairman of the opposition Workers' Party (İP) will face Armenia in the next stage of his legal battle after the European Court of Human Rights (ECtHR) cleared him of the charges of racial discrimination and genocide denial by a Swiss court where he made remarks defining the Armenian "genocide" as an "international lie." Armenia decided to be a co-plaintiff in the case at the next hearing on Jan. 28, and in an apparent aim at publicity for the case, hired Amal Clooney (nee Alamuddin), wife of Hollywood superstar George Clooney, whose wedding overshadowed her work as a London-based barrister and activist.

Perinçek, known for his fervent stance against the allegations of genocide, was found guilty by a Swiss court in 2007 after he made a speech calling the genocide "an international lie" during an event in Lausanne, Switzerland in 2005. A Swiss court ruled his remarks had racist motives, pointing to anti-racism laws in place that criminalize denial of genocide. In a 2013 decision in favor of Perinçek, the ECtHR ruled that Swiss legislation criminalizing the denial of genocide violated the principle of freedom of expression.

However, the ECtHR approved an appeal by Switzerland to the ruling last June, much to the chagrin of Ankara, which described the move as "politically motivated."

Encouraged by the ECtHR's approval of the appeal, Armenia, which shied away from the previous hearing, has joined the legal battle as a co-plaintiff. Armenian media reported that Clooney will join her associate Geoffrey Robertson and two representatives for the Armenian government in the appeal hearing in Strasbourg, France.

Assessing Armenia's decision to take part in the appeal hearing, Perinçek said it was quite normal since Turkey also participated in the proceedings.

Perinçek is confident that he will win the case. "We have the upper hand in this case since we have a solid defense," he said.

He underlined that the case is not just about freedom of expression and claimed the previous ruling by the ECtHR made clear that the 1915 incidents cannot be defined as genocide, "for instance, like the Holocaust."

"As I was preparing my defense, people told me to focus on my right of freedom of expression instead of saying that the genocide did not take place, but I did not. Eventually, the court issued an extraordinary ruling. The Turkish government lauded it and described it as a landmark [decision], a revolting verdict," Perinçek said. "Indeed, this case put an end to the debate on a century-old issue and the court issued a very brave verdict," he said.

Perinçek, whose party pursues a strict anti-American policy, claimed the court's ruling dealt a blow to the U.S. and European countries advocating for the acceptance of the Armenian genocide. "They were staunch defenders of [calling it] genocide, even more than the Armenian diaspora," he said.

He said that the debate over the genocide issue was the work of those trying to defame Turkey and was deliberately brought into question in the past two decades in the light of Turkey's struggle against the PKK. "There have been attempts to brand the Turkish army's crackdown on terrorism as genocide in the same vein of the Armenian 'genocide,' " Perinçek said.

Armenia claims up to 1.5 million Armenians were killed in an act of genocide by the Ottoman Empire in 1915 during World War I. Turkey accepts mass deaths of Armenians during their forced deportation during the war but claims the death toll was much lower and attributes mass deaths to diseases and isolated cases of attacks. Ankara has also urged Armenia to let historians handle the matter, though Armenia demands recognition of the genocide in order to advance relations between the two neighboring countries.

The ECtHR's first ruling in favor of Perinçek was hailed as landmark decision by some as it had implications for other countries attempting to criminalize the denial of genocide including France. The French parliament passed a bill criminalizing the denial of genocide in 2012, but the French Constitutional Court struck it down on the grounds that it violated freedom of expression and speech.