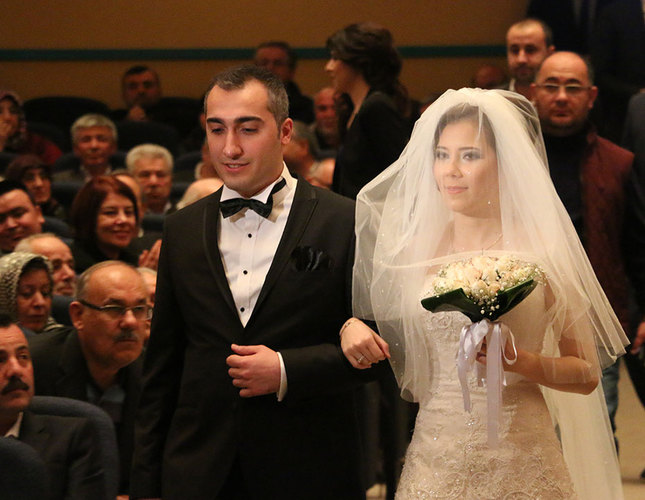 The wedding ceremony was held at EGS Congress and Culture Center. Many politicians and businessmen were invited to the ceremony, including the governor of Denizli, Şükrü Kocatepe, the current mayor of Denizli Metropolitan Municipality, Osman Zolan, and the Chief Prosecutor Hasan Erbil.

While expressing his feelings about the marriage, the groom stated that he met Gizem Güran in Denizli and added, "We studied together in Istanbul after high school. And we live in the same city in the U.S." The bride and the groom now symbolize a bridge between two leading and competing companies Google and Amazon.com.

Justice and Development Party (AK Party)'s deputy of Denizli Province, Mehmet Salih Erdoğan, stated as father of the groom that they donated saplings in remembrance of their marriage. Moreover, as an emblem of a marriage between two leading companies' engineers, bookmarks were given to the guests instead of wedding candies.