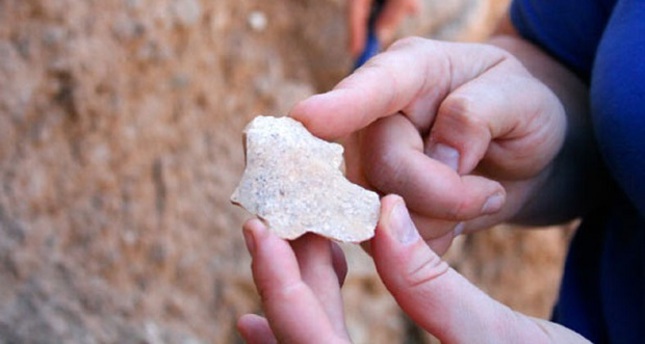 by Daily Sabah Dec 30, 2014 12:00 am
Archaeologists have discovered a prehistoric stone, a quartzite flake, at an ancient site on the Gediz River in Turkey, the prehistoric gateway of Europe to Asia. The discovery is being viewed as critical because it reveals when and how our forefathers reached the Anatolia from Africa. It also reveals that early humans passed through that way about 1.2 million years ago, much earlier than previously assumed. The newfound stone tool is comprised of mainly quartz, being hammered by a hard tool and is about 5 centimeters long.

High-precision radioisotopic dating and palaeomagnetic measurements from the site's lava flows, used by a team of researchers from the U.K., Turkey and the Netherlands, were able to date the ancient artifact. They also determined that the area had a hominid presence approximately 1.24 million and 1.17 million years ago.