Governor takes on elevators in fight against obesity 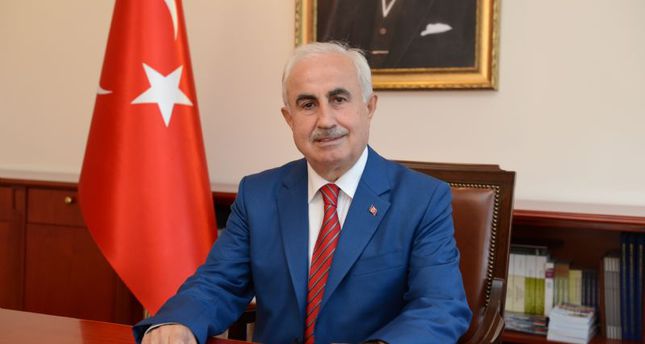 by Daily Sabah Dec 31, 2014 12:00 am
Dursun Ali Şahin, governor of the northwestern Turkish province of Edirne, has hit the headlines again with his new plans to improve public health. Şahin has ordered the cancellation of the first three floors of elevators in public buildings in his fight against obesity.

Only hospitals and nursing homes will be exempt from the ban, which will be effective as of today. People with illnesses preventing them from climbing stairs will also be exempted from the ban.

The ban cannot be violated as the first three floors of elevators will be shut down and will only be operative for elevator trips downstairs from the fourth and upper floors.

The ban is the first of its kind in Turkey, although it is not surprising for the governor who ordered a partial ban on salt and sugar in restaurants and cafes earlier.

Governor Şahin said his governorate plans to expand the ban to the private sector, and downplayed any expected reaction. "This is a move to promote better health. Moreover, it will help to cut energy costs, et cetera," Şahin said.

"Taking the stairs instead of elevators can add an extra day to your life," Şahin said, defending his campaign.

He also hinted at new plans to improve public health though he declined to elaborate.

The governor is known for his unusual orders for the sake of public health. In September, he ordered that coffeehouses and other places serving tea should serve Turkey's favorite drink with only one sugar cube instead of the traditional two cubes. Coffeehouse employees were also ordered to serve packaged sugar cubes only instead of those unpackaged, which are unhygienic. Patrons are allowed to have more sugar if they demand it, but the governor believes it will at least discourage the excessive consumption that threatens overall wellness and dental health.

He also ordered coffeehouse owners to buy dishwashers to keep the glasses in which they serve tea and other drinks cleaner due to health concerns.

In his previous post as governor in the northern province of Giresun, Şahin ordered restaurant owners to remove salt shakers from tables in the province where salt consumption was five times higher than the daily average intake of salt (two to five grams), as recommended by the World Health Organization. He later introduced a ban on salt in Edirne.

Also out of concern for public health, the governor ordered hairdressers in Edirne to keep sterile equipment and collect used hairdressing equipment as medical waste.

The prevalence of obese citizens is about 30 percent of the total population in Turkey, according to a survey by the Ministry of Health, an alarming number for a country where a sedentary lifestyle has come to dominate the lives of millions, particularly the youth.

Edirne is located in northwestern Turkey where obesity rates are up to 30.7 percent.