Second expedition sets out to Antarctica to found Turkish base 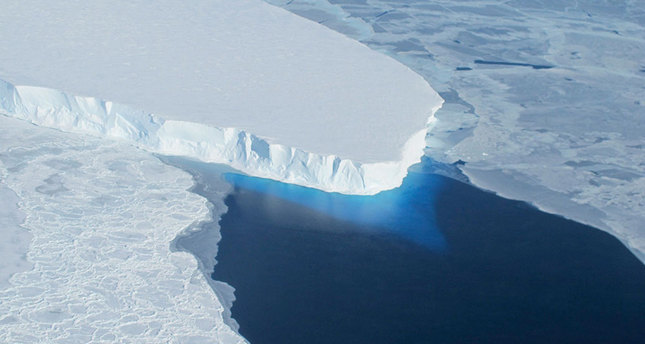 by Daily Sabah Dec 31, 2014 12:00 am
The coordinates of the Turkish base are already set, along with the preparations of the 16 man science team that will set off on January 2015.

Turkey Antarctica Pole Scientific Research Center (TAKBAM) chairman Mehmet Ali Türkel has stated to Anadolu Agency that 16 academicians chosen out of 300 applicants will be included in the second expedition team. Türkel said that they are currently receiving training from the Turkish Navy to adopt themselves to polar conditions.

Türkel said that the expedition team will make ground and site studies of the planned base on determined coordinates, and the priority for selection is freshwater sources that are very rare due to harsh weather.

The scientists will include fields as diverse as geology, zoology, botany, marine sciences, physics. They will conduct research in Russia, China, Bulgaria and Chile's bases.

Pointing out that Antarctica is a landmass of 14 million square meters with a massive capacity for natural resources, Türkel said that Antarctic expeditions by various countries – that operate a total of 29 bases – may also aim to use these resources in the future.

Türkel stated that Turkey ratified the 1959 dated Antarctic Treaty as late as 1995 and the 1998 dated Environment Protection Protocol of Antarctic Treaty is currently on the Turkish Parliament agenda with the proposal given by Prime Minister Ahmet Davutoğlu on December 18. Türkel reminded people that the Protocol, which bans the usage of mines and natural resources, will expire on 2048, and it is uncertain whether it will be renewed.

Defining the current competition among states as a scientific one, Türkel underlined the importance of Antarctic missions, especially for space sciences and telecommunication systems.