No closure yet in Turkey’s unsolved murders 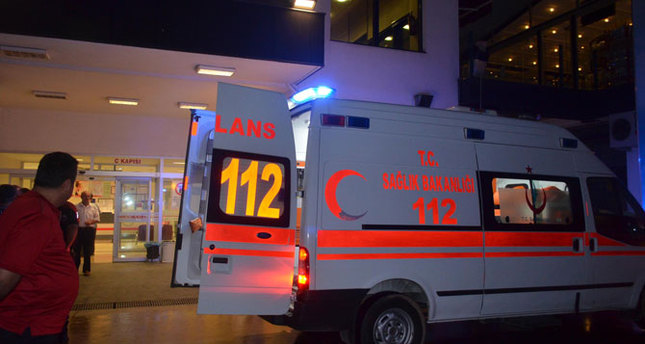 Turkey is starting to shed light on the unresolved murders of the 1990s in which a large number of people were killed in an informal crackdown on terrorism, although the slow pace in the legal process and statute of limitations often hamper the progress in investigations.

Extrajudicial killings have long been a thorny issue for the country struggling to contain a campaign of terror by the PKK, which claims to be fighting for Kurdish self-rule in southeastern Turkey. This region has thus been the heart of the problem and solution at the same time. After the emergence of the PKK in 1984, Turkey spent the decade dismissing the problem. As the threat of terrorism grew with the terrorist organization stepping up its attacks targeting civilians, police and troops alike, the state resorted to heavy-handed tactics to end the terrorism. The Kurdish community became the target of an unofficial campaign of intimidation.

The "deep state," a covert structure consisting of politicians, bureaucrats, military officers, police and mobsters, created a climate of fear for Kurds across the country. People started to "go missing" in detention before they were brought to court after being arrested on charges of aiding and abetting the terrorists. "Missing in detention" in this case was a misnomer indeed as they "disappeared" after they were released from detention. Their bodies would often be found dumped somewhere days or months after they went missing and investigations into their deaths usually wrapped up due to "lack of evidence." Along with those "missing in detention," Kurdish citizens were also victim of shootings in broad daylight and kidnappings that ended up with the death of the victim and again, with an investigation going nowhere.

Human right groups claim 17,000 people fell victim to summary executions while the number is slightly over 1,400 according to official figures. Although everyone agrees that extrajudicial killings are no urban legend, a dispute over the true figures still continue. Several nongovernmental organizations with links to the PKK and some independent human rights groups claim the death toll is 17,000, while others call upon them to subtract the number of the actual PKK militants from this figure. Nationalist groups say that the terrorist organization executed its own members for various reasons, especially for working as informants for Turkish security forces and blamed their deaths on the extrajudicial killings.

The killings and disappearances increased especially after emergence of JİTEM, Turkish Armed Forces' Gendarmerie Intelligence unit, which was founded in 1987. Its existence was never officially acknowledged except for a brief reference to the unit in an official response by the army to a court looking into a case on the killings. Though countless books were written on JİTEM, including those by former military officers who claimed to work for the unit and its mention in prosecutors' indictments investigating the "deep state," its existence has never been officially confirmed. JİTEM was accused of hiring PKK-militants-turned-informants to carry out the extrajudicial killings.

The suppression of the Kurdish community in the name of a fight against terrorism made it impossible for families to demand justice for the killings. Their lingering hope found its response in the 2000s, particularly after the Justice and Development Party (AK Party), with an agenda to resolve outstanding Kurdish question, came to power. Cases were reopened and the statute of limitations in some cases was modified to allow the prosecution. Former military commanders, police chiefs, intelligence officers and others were detained and tried. Yet, few were charged or sentenced as the evidence was really lacking this time, as it had been long since the killings were carried out.

For instance, Ayhan Çarkın, a police officer from the Turkish National Police's Special Forces, was released in July as the sole imprisoned defendant in the trial on a string of unresolved murders involving Kurds. Other defendants were released in earlier hearings pending trial including former Interior Minister and police Chief Mehmet Ağar and Korkut Eken, a lieutenant colonel. Çarkın and others were implicated in the killings of 18 people. Ayhan Çarkın had claimed that he was only carrying out the orders of his superiors and said the chain of command ordering the extrajudicial killings included the prime minister. However, many dismiss his allegations since Çarkın often gave contradicting testimonies in previous hearings, sometimes admitting the murders and sometimes refusing any role in the killings.

Still, whoever was behind the killings, they deserve an investigation. Human rights activists demand complete removal of the statute of limitations on the murders and call upon the government to define the cases as crimes against humanity so that limitations will not apply in those cases.

Yet, even minor steps merit praise as it has been less than a decade since Turkey started to confront a past marked with what many call a "dirty war" against Kurds under the guise of thwarting terrorism. As the country recovers from a sick state of mind where simply being a Kurd was viewed enough to support terrorist groups and proceeds to an era of reconciliation process with its Kurdish citizens, sins of the past are being uncovered one case at a time.

An investigation into the 1995 killings of five people in southeastern Turkey's Dargeçit is one of the latest instances of the judiciary turning its attention to the shady past. A prosecutor's indictment implicating army commanders in the killings revealed the gruesome nature of extrajudicial murders. Ali Arısoy, a former specialist sergeant who was on duty in Dargeçit, Mardin at the time of killings, said the prosecutor gendarmerie commander of the district was responsible for the murders.

He claimed Captain Mehmet Tire set up a team of gunmen composed of village guards (a paramilitary counterterrorism unit) and this team committed murders upon the orders of Tire. Another witness in the case claimed soldiers and village guards teamed up to kill people after torturing them "for their connection to the PKK." Witnesses not identified for security reasons, claimed the military officers were responsible for the killing of Bilal Batırır, a specialist sergeant who went missing in Dargeçit where he was assigned. Batırır reportedly threatened the officers to go public with murders and he was "burned alive in a furnace," according to the witnesses. Along with Tire, Mardin gendarmerie battalion commander and other military officers are accused of involvement in the murders and the prosecutor asked the court to sentence them to life in prison.