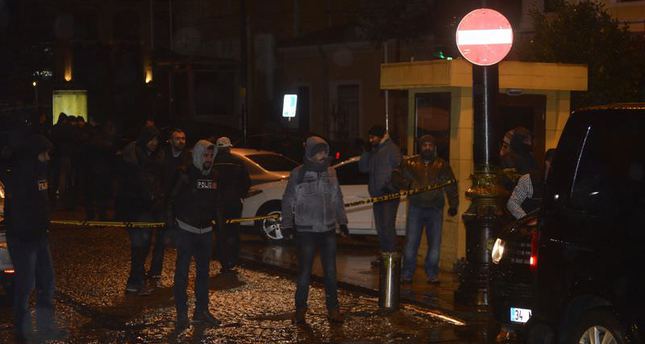 by Yusuf Ziya Durmuş Jan 08, 2015 12:00 am
The identity of the suicide bomber, who killed a police officer in Istanbul's Sultanahmet district on Tuesday, led to further debate on Thursday as some media outlets claimed the attacker was a Russian national of Chechen origin. A lack of an official statement on the attack further fuelled rumors that it was not actually the Revolutionary People's Liberation Party-Front (DHKP-C) that conducted the attack at the police station in the historic Istanbul district. The terrorist organization had claimed responsibility for the attack and even named the suicide bomber as Elif Sultan Kalşen. Yet, her family denied it and said the body found at the scene was not their daughter. Kalşen remains missing.

Interior Minister Efkan Ala told reporters Thursday that they identified the attacker but stopped short of naming her, citing that a covert investigation was underway to find out those behind the attack. "We've made progress on the attack. We've identified the bomber but we don't think it is right to make an elaborate statement at the moment for the safety of the investigation," Ala said. Ala stated they had foiled several attacks in the past weeks but they were not reported by the media since they were prevented. "Therefore, you don't know how efficient the intelligence services are working," he said.

Video footage of the assailant as she heads to the police station prior to the bombing led to more speculation as it clearly shows a woman of a shorter stature and a paler complexion than Kalşen.

Several media outlets, including Doğan News Agency, claimed the suicide bomber was Riana Ramazova and she was registered as a tourist when she entered Turkey in June while İhlas News Agency reported she was a Russian citizen. Police reportedly identified her through a cellphone found in her pocket. Turkish media outlets, quoting testimony of a taxi driver who gave a lift to the assailant to Sultanahmet, said the attacker was speaking Russian.

Rumors that the woman was of Chechen origin raised concerns that she may be part of shahidka, infamous Chechen female suicide bombers who had targeted Russia in the past in retaliation of Russia's crackdown on Chechen dissidents. Turkey maintains good relations with Russia but it also gives shelter to a considerable number of Chechen dissidents opposing the pro-Russian regime of Chechnya and the Kremlin's crackdown on insurgency.