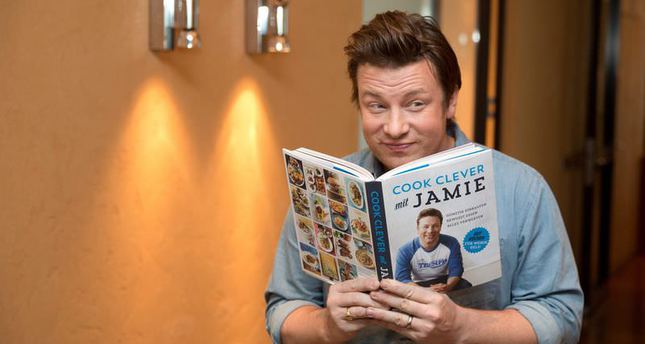 by Daily Sabah Jan 13, 2015 12:00 am
Jamie Oliver, a British food star with worldwide fame, has failed to achieve success in his first restaurant in Istanbul. The restaurant, named 'Jamie's Italian', which is located in Beşiktaş's high-profile Zorlu shopping complex alongside a showcase of international brand names, has not received much interest from the Turkish public and is reportedly on the brink of going bankrupt.

The restaurant, which is claimed to be the biggest of over 40 branches across the world, is reportedly deep in debt. The debts are believed to be caused by a lack of interest in the shopping mall and resulting low number of visitors. Intense rivalry and low prices are counted among other reasons why the restaurant is on the verge of going bankrupt.

The company applied for a suspension of bankruptcy on December 24 to the 16th Commercial Court of First Instance. The petition submitted to court stressed the company was in debt according to financial calculations of the September 2014. The lawyer of the company also submitted an 'improvement report'. The company pledged to increase its capital from 540,000 TL to 2,040,000 TL and lower the number of the employees working for the company to be able to pay off the debts.

Upon the request, the court issued circumspection for the company which will protect it against executive proceedings.

His first job was a pastry chef at Antonio Carluccio's Neal's Yard restaurant, where he first gained experience with preparing Italian cuisine.

It was there that he was noticed by the BBC in 1997. In 1999 his BBC show The Naked Chef debuted, and his cookbook became bestseller in the UK.