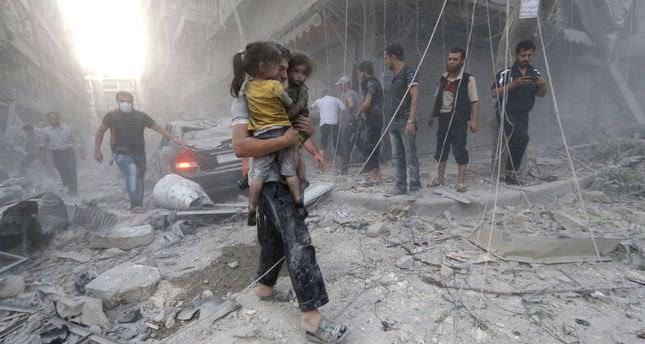 by Anadolu Agency Jan 13, 2015 12:00 am
The world has been silent about the killing of millions of people in the Muslim world, Mehmet Görmez, the President of Turkey's Presidency of Religious Affairs, said on Tuesday.

"On one hand, (around) 12 million people have been massacred in the Islamic world in the last 10 years, and on the other hand, 12 people were brutally killed in Paris last week," Görmez said.

We saw people who did not speak up about the killing of millions show up at a rally against the murder of only 12 people, he added.

Görmez also said that the Paris terror attacks on Wednesday and Friday cannot be accepted by any Muslim or any sensible person.


All Muslims should condemn terror and violence and a livable world can be maintained after all pains and griefs are treated with compassion and justice, he added.

"Violence cannot be removed with violence and blood cannot be cleaned with blood," Görmez said. "The world's security cannot be maintained by oppressing beliefs."

Twelve people were killed last Wednesday when masked gunmen attacked the Paris headquarters of Charlie Hebdo, a satirical magazine known for printing offensive material, including derogatory cartoons of Prophet Muhammad in 2006 and 2012.

Said and Cherif Kouachi, the two suspected gunmen and brothers, were killed by police on Friday in a warehouse in Dammartin-en-Goele, a small town north of Paris.

Another gunman, Amedy Coulibaly, killed four hostages at a kosher supermarket in a separate attack in Paris on Friday.