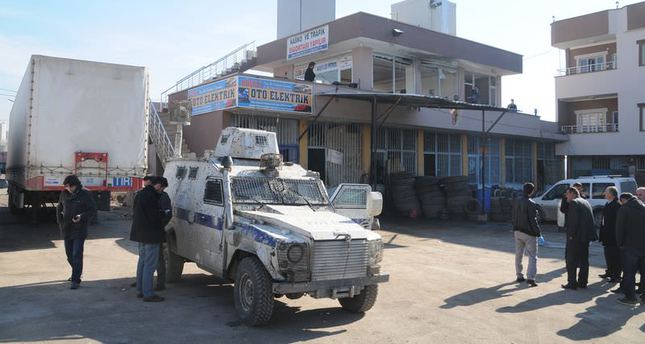 by Anadolu Agency Jan 14, 2015 12:00 am
Şırnak police said the 12-year-old boy killed Wednesday in Turkey's southeastern province of Şırnak was not shot by police officers.

A number of news and social media outlets had reported that Nihat Kazanhan had been shot by police but this is false, Şırnak police department said in a statement.

According to police, the preteen died Wednesday around 16:00 (local time) in Cizre State Hospital after being injured in the head.

There were no "social incidents" at the time of Kazanhan's injury and officers did not use weapons, police added.

Turkey's Interior Minister Efkan Ala also said there was no intervention by police in Cizre, neither with weapons nor with tear gas.

"Despite this, the child died," Ala said on Turkish Haberturk TV Wednesday. "We will launch a serious investigation."

Four people were killed and three others were injured in December 2014 when clashes erupted between pro and anti-PKK groups in the same town, before being broken up by security forces.

In October 2014, protests, which left around 40 people dead, broke out when the Syrian border town of Kobani came under attack by Islamic State of Iraq and the al-Sham militants and it was alleged that the Turkish government was not doing enough to help the mostly-Kurdish population there.