Turkey steps up efforts for Syrian and Iraqi refugees 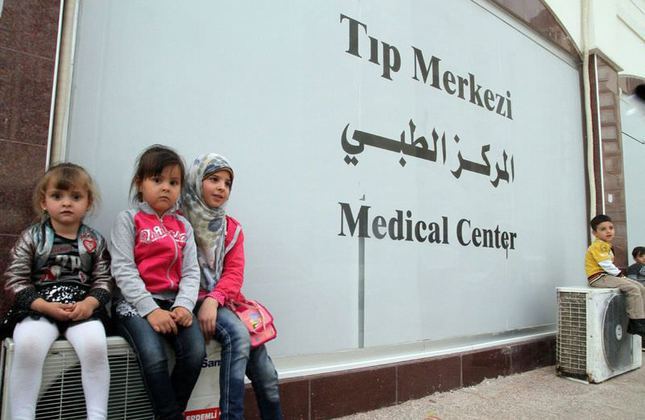 by Daily Sabah Jan 14, 2015 12:00 am
Deputy Prime Minister Kurtulmuş announced that the number of refugees from Syria and Iraq hosted in camps currently stands around 235,000 and hailed new services for them, such as healthcare for Iraqi refugees and a new massive tent camp. He revealed a series of new steps to help Syrian and Iraqi refugees in the country and how Turkey has performed in tackling the issue.

Addressing the Syrian Coordination Meeting, a routine convention of state officials on the situation of refugees, Kurtulmuş said they had managed to register an overwhelming majority of displaced Syrians living in Turkey (in order to maintain services for them) and opened a new camp in Gaziantep. Kurtulmuş also announced that Iraqi refugees who only had access to emergency care previously, would be provided access to all healthcare services under a new regulation adopted by the government on Tuesday. Turkey hosts about 43,120 people from Iraq, mainly Turkmens and Yazidis who fled the country after the Islamic State of Iraq and al-Sham (ISIS) launched a violent offensive in Iraq's Mosul.

On the number of Syrians and Iraqis who took shelter in Turkey due to violent conflicts in their countries before being accommodated in state-run camps, Kurtulmuş said that their total number had now reached 235,000. He said that the Islahiye camp in Gaziantep became the 23rd state-run camp in the country and another camp was under construction in Suruç, a town in the southeast of Turkey flooded by Syrian Kurds fleeing the takeover of Syria's Kobani by ISIS. Kurtulmuş said the camp in Suruç which will house about 35,000 people will be opened on January 25.

Kurtulmuş said that the Syrian crisis has turned into a permanent problem rather than a temporary one for Turkey, which has had to handle the massive influx of Syrian citizens heading to their country's northern neighbor.

The deputy prime minister said that Turkey spent some $5 billion on refugees since 2011. He noted that Turkey had received about 197,000 refugees from Syria's Kobani in two days in September, "a figure higher than the total number of refugees received by countries in the entire European continent in 2013."

"This is an important matter for Turkey and we regard it as a humanitarian responsibility above all. We don't have unfulfilled promises but we rather do what we are supposed to do," he said.

Kurtulmuş said some 1.4 million Syrians live among the local population and raising awareness amid the Turkish public toward the displaced Syrians is one of the most important aspects of the refugee crisis. "We have cities where one-fourth of the population is our refugee brothers," he said, noting that refugees posed a social burden for some cities. "The reality is that the problems in Syria will continue, so will the refugee issue," he said. Kurtulmuş called on the public to be more sensitive to the plight of Syrians. He also called on the nongovernmental organizations to boost aid to Syrians living under harsh winter conditions.