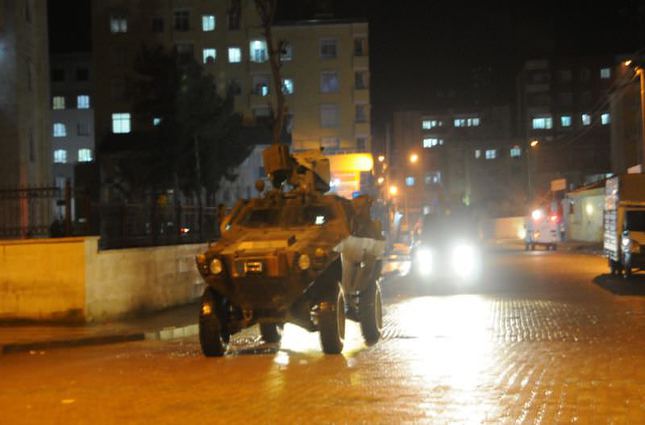 by Daily Sabah Jan 17, 2015 12:00 am
Cizre District Governorate building in Şırnak province has been attacked by three rocket launchers by members of a terrorist group on January 16.

The attack has caused damages in the building, but no one was hurt as the room where the rocket hit was empty.

The police forces from the Şehit Murat Akançay Police Station, located on the ground floor of the building, opened warning fire into the air.

The security forces have taken heightened security measures and have launched an extensive operation to find the attackers.

The security forces are continuing their search in the Veteriner Street and area, suspecting that the rockets were launched from there.

There has been ongoing provocative attacks to police and security official in Cizre district, in addition to clashes between the rival Kurdish terrorist groups in the area.
Last Update: Jan 18, 2015 10:52 am
RELATED TOPICS