Past exams to be probed over Gülenist cheating 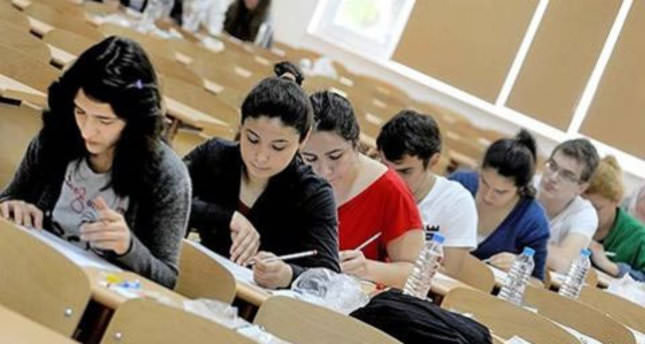 Ali Demir, head of Turkey’s chief authority overseeing exams, has announced that they have started an investigation into civil servant exams over allegations that the Gülen Movement supplied the answers for exams to its followers

Demİr told Anadolu Agency that the Measurement, Selection and Placement Center (ÖSYM), which is responsible for organizing exams for admissions to several institutions, ranging from university admissions to assignment of civil servants to public agencies, will look into the allegations.

He was speaking about a judicial investigation into possible mass cheating in the Public Personnel Selection Exam (KPSS) in 2010. A criminal inquiry was filed for the exam that enables high school and university graduates to apply for jobs in the public sector, after it was revealed that a large number of participants cheated and questions and answers were given to some participants beforehand. The Educational Sciences section of the exam for teacher hopefuls were cancelled after the startling discovery.

Demir said his administration, which took office in September 2010, "achieved progress in maintaining the security of exams and taking measures to prevent injustice."

"We take every allegation seriously and we will cooperate with the authorities. Our own investigation will not be confined to the 2010 exams and exams before that. We will review exams held after 2010 as well," Demir said.

Demir said that ÖSYM also detected irregularities in an exam for the promotion of judiciary officials in 2012 and annulled the exam but the judiciary ruled against ÖSYM and restored the validity of the exam. "We found out that applicants who scored very low in past exams achieved unusually high grades in the 2012 exam. Furthermore, we found out those same applicants scored very low in a subsequent exam," he said.

The ÖSYM chief said that they filed a complaint for the reversal of the earlier ruling on the judiciary exam recently. "We have to give our support to fight against the parallel structure," he said, referring to the Gülen Movement, which is alleged to have had its men infiltrate important posts in the judiciary and law enforcement as well as several state agencies.

He also pointed out that although all examinations have their fair share of irregularities, such as participants sitting exams on behalf of the real applicants, it was the first time since he took office that collective cheating took place and it was during the judiciary exam.

Demir's remarks came at a time when the prosecutor's office in Ankara announced the inquiry into an exam for police officers. An investigation into a 2012 exam for deputy police inspectors will look into allegations that questions and answers were provided to some applicants before the exam.

The Gülen Movement, which has evolved into a highly politicized movement from a religious congregation, is accused of running a "parallel structure" or "state within state" that aims to overthrow the incumbent Justice and Development Party government through its infiltrators in the state agencies.