One killed and four injured after transformer blasts in Istanbul district 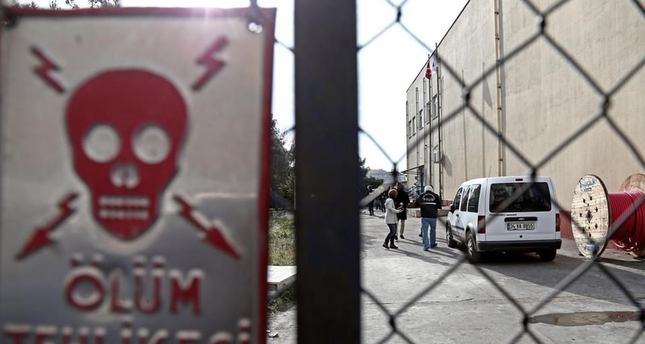 by Daily Sabah Jan 18, 2015 12:00 am
A transformer in Istanbul's Bahçelievler district has blown up, killing at least one and injuring four others, media reported on Sunday.

The explosion occurred in a transformer inside Trakya Electrical Network Business Group Management located in Bahçelievler district of Istanbul, killing one and injuring four others. The cause of the blast is still not known. A fire that erupted after the explosion was extinguished by firefighters.

The injured have been taken to nearby hospitals.