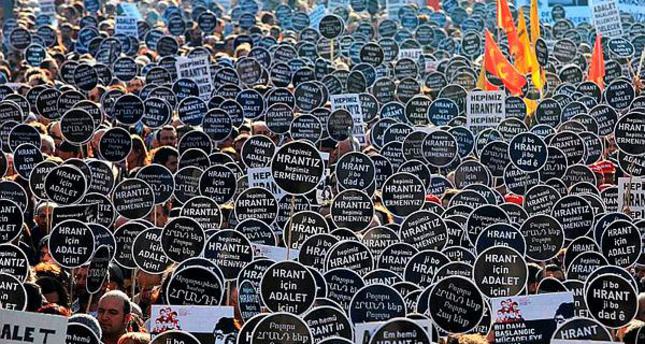 by Daily Sabah Jan 19, 2015 12:00 am
A ceremony will be held in front of the office of Agos Daily, located in Şişli district of Istanbul, to commemorate the eight anniversary of the death of Turkish Armenian journalist Hrant Dink, who was murdered in 2007.

Due to the commemoration ceremony police will be assigned to control the traffic on some streets.