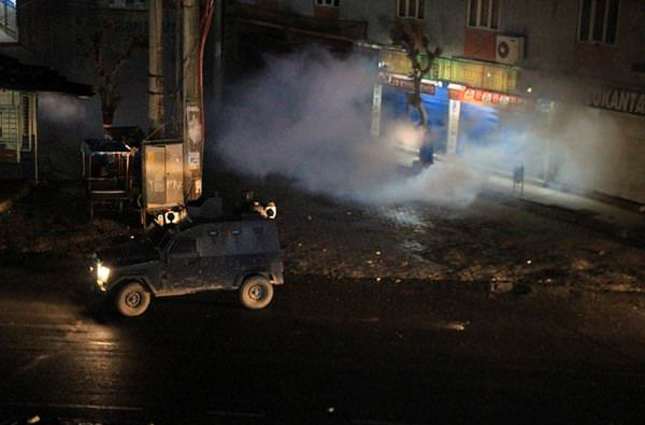 by daily sabah
Jan 19, 2015 12:00 am
Turkish police have clashed with a group of unauthorized protesters in the Silopi district of Turkey's southeastern Şırnak province.

The authorized group had continued their protests and refused the police announcements asking for their dismissal by throwing stones, and Molotov coctails.

A group among the protestors had masked their faces and were wearing t-shirts reading: "Patriot Revolutionary Youth Movement (YDG-H)", a group linked to the terrorist group Kurdistan Worker's Party (PKK).

The police used pressured water and sprayed pepper gas to break up the unauthorized crowd.

It is reported that the protestors were attempting to gather in support of the provocative clashes in the Şırnak's Cizre district, between the unauthorized protestors linked to PKK and the police.

There have been ongoing provocative attacks to police and security official in Cizre district, in addition to clashes between the rival Kurdish terrorist groups in the area.