Over 300 migrants found in freighter 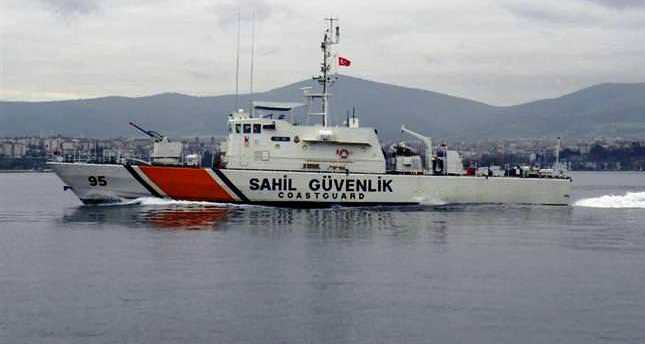 by Daily Sabah Jan 20, 2015 12:00 am
The Coast Guards have found 333 illegal immigrants aboard a freighter that they intercepted off the coast of the southern Turkish province of Mersin yesterday.

The Governorate of Mersin announced the operation that was launched after surveillance showed that the Togo-flagged vessel's crew loaded an unusually high amount of blankets, pillows and food onto the cargo vessel. The Coast Guard raided the vessel as it sailed off the coast on Sunday night. Some migrants were boarding the vessel from small fishing boats when the raid was launched.

The Coast Guard seized 1,754 illegal immigrants in Mersin, which is close to Syria, last year as they attempted to cross the Mediterranean Sea to European countries.

It is uncommon for migrants to travel in freighters like the 88-meter vessel they were found in as they usually travel in dinghies and in smaller numbers.

Turkish media reported that the ship was heading to Italy. In December, a cargo ship with 768 Syrian migrants aboard that had also departed from Mersin was intercepted by the Italian coast guard as it was about to run aground off Italy.

Turkey is used as a popular route for many illegal immigrants from Middle Eastern and Asian countries, particularly Syrians, who have taken shelter in Turkey due to the ongoing civil war in their country, seeking a better life in Europe. Their journey often ends back in Turkey as overcrowded rafts carrying them either capsize during the voyage or are deliberately sunk by smugglers.